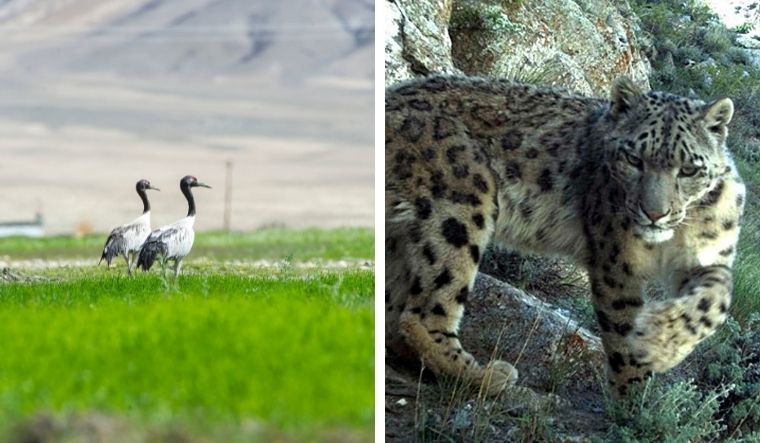 The Ladakh union territory administration has declared snow leopard as the new state animal and black-necked crane as state bird. This comes nearly two years after the UT’s split from the erstwhile Jammu and Kashmir state in 2019.

“The Hon’ble Lieutenant Governor of Union Territory of Ladakh is pleased to declare "snow leopard” (Panther unica) and “black necked crane” (Grus nicricollis) as state animal and state bird respectively, of the Union Territory of Ladakh from the date of issue of this notification,” read a notification issued by Principal Secretary, Forest, Ecology and Environment secretariat of Ladakh.

The black-necked crane was also the state bird of erstwhile state of J&K.

The snow leopard is listed as “Vulnerable” on the International Union for the Conservation of Nature (IUCN) Red List of Threatened Species, whereas the black-necked crane is listed as “Near Threatened”.