Harsimrat seeks changes in CAA for 'rehabilitation' of Sikhs, Hindus from Afghanistan

The holy books of the Sikh should be brought to India safely, says Kaur 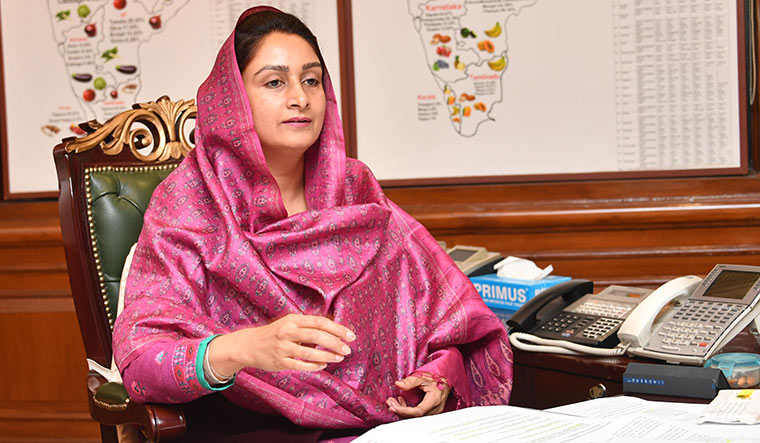 Former Union minister Harsimrat Kaur Badal on Wednesday urged the Centre to make changes in the Citizenship Amendment Act (CAA) to facilitate the rehabilitation of Sikhs and Hindus coming from war-torn Afghanistan to India.

She also said the holy books of the Sikh faith there should be brought to India safely.

Not only must we rescue our Sikh &amp; Hindu brethren from certain death in #Afghanistan, it's imperative we provide them a safe haven &amp; home here, for this is their own land. I urge PM @narendramodi &amp; HM @AmitShah to make changes in #CAA &amp; facilitate their rehabilitation on priority, the SAD leader said in a tweet.

The objective of the legislation is to grant Indian citizenship to persecuted minorities like Hindus, Sikhs, Jains, Buddhists, Parsis and Christians from Pakistan, Bangladesh and Afghanistan.

According to the CAA, these communities who had come to India till December 31, 2014, facing religious persecution there, will not be treated as illegal immigrants but given Indian citizenship.

Badal, the MP from Bathinda, in another tweet said, We fear not just the loss of human lives but also desecration of shrines and a number of rare handwritten copies of Sri Guru Granth Sahib Ji. Appeal to @DrSJaishankar/@MEAIndia to ensure that along with Hindu/Sikh brethren, holy books too are brought home safely with full dignity.