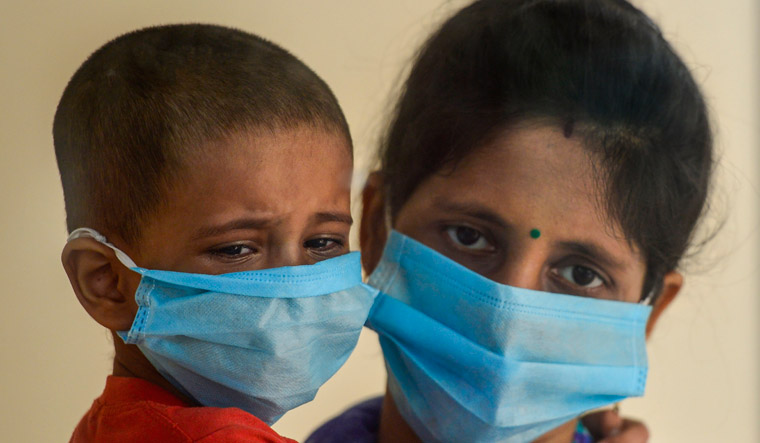 A report by a committee of experts submitted to the government has warned that facilities in India to treat children infected in a third wave of COVID-19 were grossly inadequate.

The report by the National Institute of Disaster Management (NIDM) was published earlier this month and submitted to the prime minister's office.

The report notes, "Paediatric facilities—doctors, staff, equipment like ventilators, ambulances etc. are nowhere close to what may be required in case a large number of children become infected." The report quoted previous literature to point out the overwhelming shortage of paediatricians and specialists in primary and community health centres.

The report played down alarmist predictions that the third wave of COVID could affect children more adversely. It noted, "The Indian Academy of Paediatrics found that there is no biological evidence that the current and the new Delta Plus variant will affect children more disproportionately than adults. The Lancet COVID-19 Commission India Task Force has also concluded that there is no current evidence that an anticipated third wave will target children specifically." It also cited the March-June serological survey that found "serological prevalence of 55.7% in ages 2-17 years and 63.5% among adults, which clearly determines that there was statistical difference in prevalence between adults and children".

However, the report warned absence of vaccination for those below 18 years was a "cause for worry if not panic".

The NIDM report stressed vaccination was the only way to minimise impact of the third wave. Citing a study, the report noted, "the vaccination rate of India is currently 3.2%, which if does not improve, India can witness 6 lakh cases per day in the next (third) wave. But if the government’s proposal to increase this rate by five times (1 crore doses per day) comes to fruition, India will see only 25% of the cases (seen in the Second Wave) during the third wave peak."