The video of the incident has gone viral 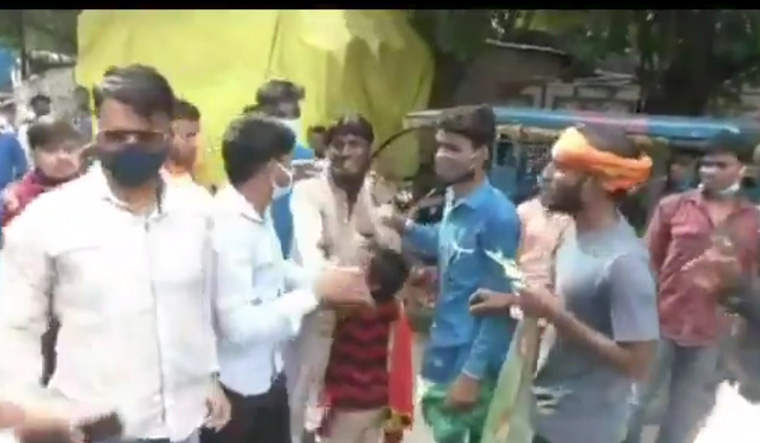 A Muslim man was assaulted, paraded through the street and forced to chant "jai Shri Ram" even as his little daughter pleaded with his attackers to stop the violence, in Kanpur town of Uttar Pradesh.

The video of the incident has gone viral.

Two families had some legal dispute. Then, The Hindu family alleged that the Muslim family is trying to convert them. Bajrang Dal got involved and beat the man mercilessly.

There is a parallel justice system of these terπ0rists with orange gamcha in UP https://t.co/AidbkpKxVV

According to an NDTV report, the man, an e-rickshaw driver, was later handed over to the police.

The 45-year-old victim, in a police complaint, said he was driving his rickshaw in the locality when the accused started abusing and attacking him and threatened to kill him. He said he was rescued by the police team.

The police reportedly filed a case against a man who manages a marriage band, his son and 10 others in the locality following the complaint.

The police said they saw the video of the incident and based on the complaint, and FIR has been registered.

The victim is related to a Muslim family in the area that is involved in a legal tussle with their Hindu neighbours , reports NDTV. The two families had filed police complaint against each other.