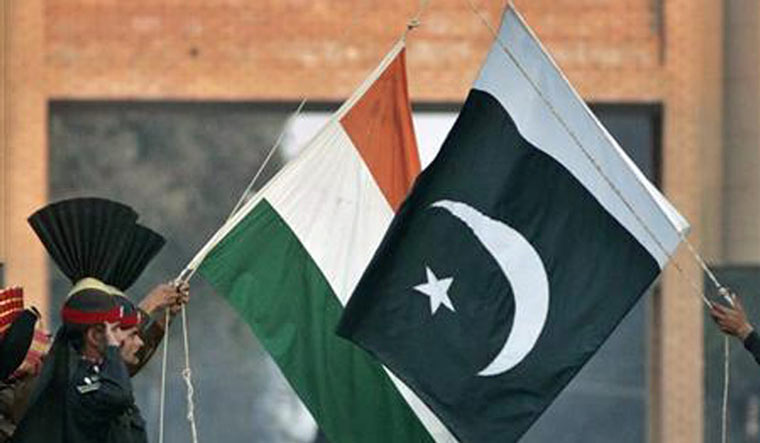 India on Thursday summoned the Pakistani charge d'affaires and lodged a firm protest over the "reprehensible incident" of ransacking of a Hindu temple in Punjab province there, and said incidents of violence and persecution of minorities have continued unabated in Pakistan.

Noting that attacks on the freedom of religion of the minority community and their places of religious worship were occurring at an alarming rate in Pakistan while the state and security institutions there have stood by "idly", External Affairs Ministry Spokesperson Arindam Bagchi said Islamabad has been called upon to ensure the safety, security and well-being of its minority communities.

"We have seen disturbing reports on social media of a violent mob attack on a Ganesha temple in Rahim Yar Khan in Punjab province of Pakistan. The mob attacked the temple, desecrated the holy idols and set fire to the premises," Bagchi said at a media briefing.

According to the reports, the attack took place on Wednesday.

He said the mob also attacked surrounding houses belonging to the Hindu community in the area.

"The Pakistani charge d'affaires was summoned and a firm protest was lodged expressing our grave concerns at this reprehensible incident and the continued attacks on the freedom of religion of the minority community and their places of religious worship," Bagchi said.

Referring to the incidents of violence, discrimination and persecution against the minority communities including attacks on places of worship, Bagchi said, "within the last year itself, various temples and Gurudwaras have been attacked including the Mata Rani Bhatiyani Mandir in Sindh in January 2020, Gurudwara Sri Janam Sthan in January 2020, a Hindu temple in Karak in Khyber Pakhtunkhwa in December 2020."

Bagchi said these incidents are occurring at an alarming rate while the state and security institutions in Pakistan have "stood by idly and completely failed in preventing these attacks on the minority communities and their places of worship."

Asked about reports of India turning down a request by Pakistan to allow a group of five India-based foreign journalists to travel to Islamabad through Wagah border point, Bagchi said it was the neighbouring country which closed the crossing sometime back.

"I think Pakistan itself is not aware that they are the ones who shut down the cross over via the Attari-Wagah integrated check post," he said.

"I understand that a request was made on Monday regarding cross over by some foreign journalists based in New Delhi. But this could not take place due to that crossing being closed by Pakistan some time ago," Bagchi added.

Pakistan planned to take the journalists to Islamabad for interactions with top political leadership and senior officials on the overall situation in Afghanistan.

Pakistan has been trying to influence the international narrative on its role in Afghanistan in the face of mounting criticism by the Afghan government for Islamabad's alleged continued support to the Taliban.