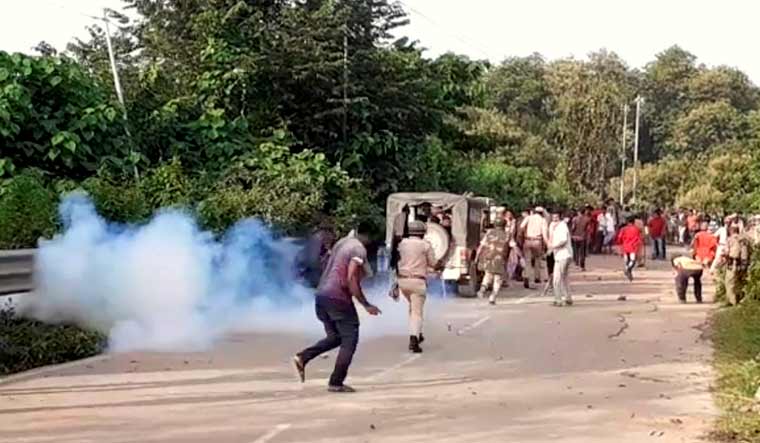 Even as the inter-state border between Assam and Mizoram remains tense after the July 26 incident, two Assam ministers will visit Aizawl on Thursday in an attempt to diffuse the tension. Ministers Atul Bora and Ashok Singhal will meet the representatives of Mizoram government with a “message of peace”, tweeted Chief Minister Himanta Biswa Sarma.

“Two of my senior colleagues Atul Bora and Ashok Singhal will visit Aizawl tomorrow with a message of peace from people of Assam,” Sarma said.

Mizoram Chief Minister Zoramthanga also confirmed the visit of Assam ministers and expressed hope that important steps will be achieved for the solution of the border problem.

At least six Assam Police personnel and one civilian were killed and over 50 people, including the Cachar SP, were injured as the festering border dispute between the two northeast states turned into a bloody conflict on July 26.

The two governments blamed each other’s police force for the escalating tension with multiple FIRs being registered in both states against top officials and government functionaries of the other state. While Assam police filed an FIR against Mizoram MP K. Vanlavena, Mizoram cops even named Assam CM Sarma in their FIR.

The FIRs against the MP and the chief minister were later withdrawn and the two states agreed on the deployment of the Central Armed Police Force in the disputed area along the inter-state border, after the Union home ministry stepped into the issue.