New ministers will be sworn in at 2.15pm at Raj Bhavan 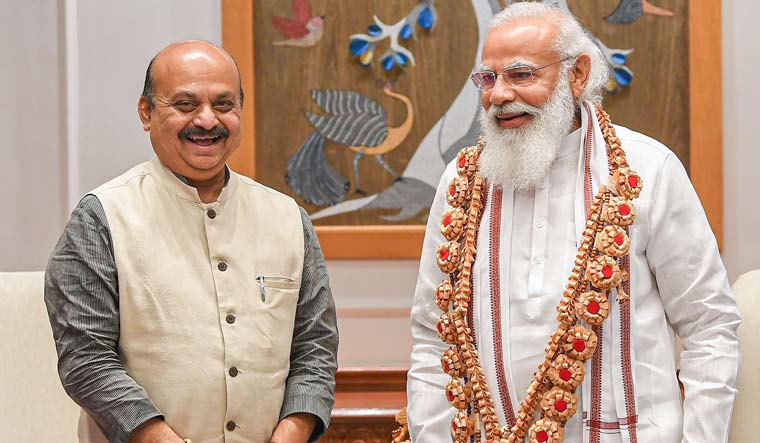 After two days of meetings with the BJP leadership in Delhi, Karnataka Chief Minister Basavaraj Bommai will get his government up and running as his new ministers will be sworn in at 2.15pm on Wednesday.

In a statement, Raj Bhavan announced the swearing-in will be held at the Glass House of Raj Bhavan. Governor Thawarchand Gehlot will administer the oath of office and secrecy for the event.

While Bommai had said on Monday the cabinet expansion could happen on Wednesday, he later noted it could be delayed. However, on Wednesday morning, after arriving from Delhi, Bommai told reporters in Bengaluru the official list of ministers could be out by 11.30am.

Selecting new ministers was expected to be a challenge for Bommai given the number of aspirants, including loyalists of his predecessor B.S. Yediyurappa, old-time BJP leaders and 'rebels' who joined the saffron party from the JD(S) and Congress.