Kerala records over 20,000 cases for second consecutive day; TPR at 11.2 per cent

With 131 more deaths being confirmed due to the disease, Kerala's toll rose to 16,457 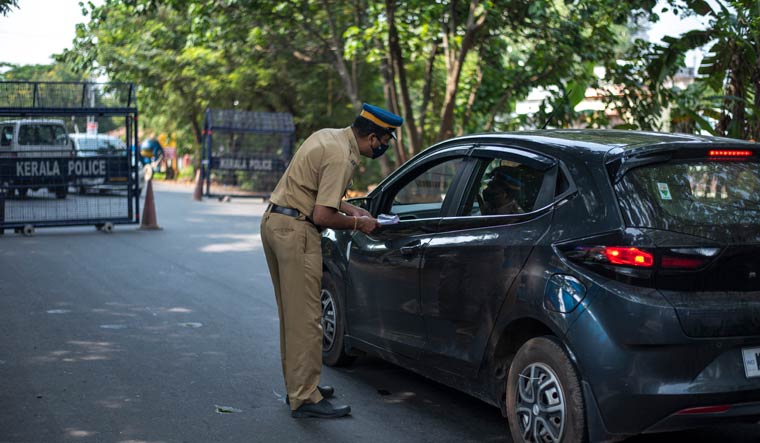 A policeman checks on commuters during weekend restrictions imposed to curb of coronavirus in Kochi, Kerala | AP

Kerala's daily COVID-19 cases stayed above 20,000 for the second consecutive day as 22,056 more people have been found to be infected after testing 1,96,902 samples on Wednesday.

The Test Positivity Rate in the state came down to 11.2 per cent after recording 12.35 per cent on Tuesday.

The state also recorded 17,761 recoveries from the infection.

With this, number active patients in the state rose to 1,49,534, Health Minister Veena George said in a press release.

Though more deaths were reported, the state is yet to ascertain them as COVID deaths.

Tests are underway at the National Institute of Virology in Alappuzha. Of the new cases, 20,960 had contracted the virus through contact while 120 had come from outside the state.

Among the contact cases, the source of infection of 876 is yet to be traced.