Tripura and Bengal - the story of similar political rivalry

How a Bengali show is being scripted in Agartala 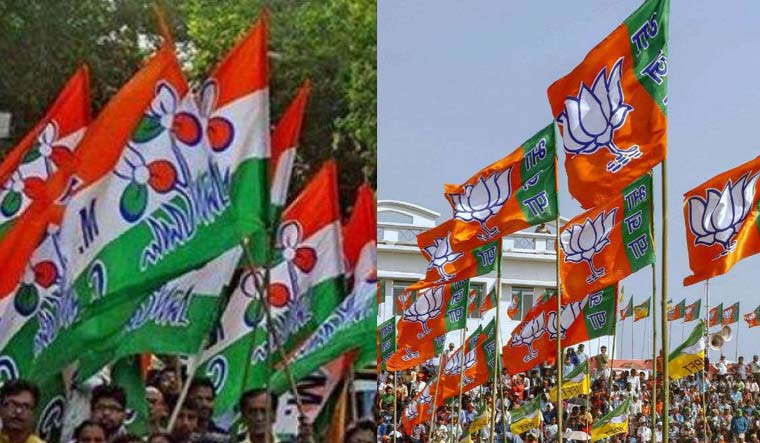 Even as West Bengal Chief Minister Mamata Banerjee held a 30-minute one-to-one meeting with Prime Minister Narendra Modi in Delhi, tension between the Trinamool Congress and the BJP doesn't seem to end anytime soon as the focus has now shifted to Tripura.

A three-member team of the Trinamool Congress led by West Bengal Law Minister Moloy Ghatak will leave for Agartala on Wednesday to oversee the release of around two dozen I-PAC members, allegedly confined in a hotel. The members of the Prashant Kishor-led agency were taken into the hotel on the charges of violating the Pandemic Act. They have been asked to go through the RT-PCR tests before venturing out, sources in Tripura government said. But the samples are yet to be taken.

Besides Ghatak, the TMC team would also include Education Minister Bratya Basu and party's trade union cell chief Ritabrata Banerjee—a former CPI(M) MP who joined the TMC after being expelled from the Marxist party.

Ritabrata knows the length and breath of Tripura. As a Marxist leader, he used to visit the state to defend the then government led by Manik Sarkar. Since the CPI(M) has now hinted at forming an alliance with Mamata Banerjee at the national level, it remains to be seen whether the TMC team would get support from the Marxists leaders in Tripura on its arrival.

BJP sources said the Biplab Deb government has activated his police administration to checkmate the TMC members. Sources said chances are high that the team would be sent back from Agartala airport, much like the way a TMC delegation was sent back from Assam when they had gone to protest against the CAA. However, this time two senior ministers are part of the team. Basu, a thespian, has good relations with the local people as he used to visit this Bengali-dominated northeastern state for drama performance. It remains to be seen how he is going to tackle the political drama being staged in Agartala.

This is not the first political venture of Mamata Banerjee in Tripura. In 2016, she made a similar attempt after being elected as the chief minister for the second time. Banerjee then decided to put a tough challenge to Manik Sarkar when she went there and held a rally at Agartala and vowed to contest every election in the state 2018 onwards. Sudip Roy Barman, a former Congress leader in Tripura, defected to the TMC and opened a big office in Agartala along with some other leaders of the Congress. Roy Barman then said that Mukul Roy was the leader who coordinated between him and Banerjee. But within a year, Barman joined the BJP, dashing Banerjee's hopes. The party office of the TMC turned a BJP office.

This time, even though Roy Barman is considered as a dissident MLA, he has not severed his relation with the saffron party. Banking on the grip over the administration, Deb government is working on the same way Banerjee government is doing in West Bengal.

Quite surprisingly, a Bengali show—of attacking opposition—is allegedly being scripted in Agartala. For last few years, since the BJP has managed to become a strong power in West Bengal, its national leaders had faced hurdles to land in Bengal to run their political campaign. The saffron party is paying back the TMC in the same coin elsewhere. This time in Tripura.