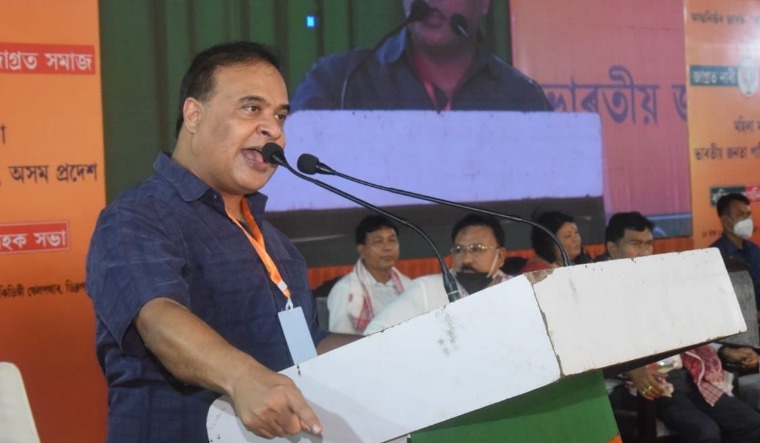 A day after five Assam Police personnel were killed and over 60 people injured in clashes on the border with Mizoram, the Assam government has declared the state wanted to protect the reserve forest on their border.

Sarma said the state government would move the Supreme Court to "ensure that the forests are protected".

Sarma said satellite images have shown that roads are being constructed and forests cleared for jhum cultivation in the border areas, which cannot be allowed.

Referring to the death of Assam Police personnel, Sarma said, "It will be investigated where did the civilians get the arms from." Sarma declared his government would deploy commando battalions in Cachar, Karimganj and Hailakandi districts bordering Mizoram.

The situation on the Assam-Mizoram border remained tense as Assam declared a three-day mourning period from Tuesday to condole the death of five policemen and one civilian in the border clash on Monday night. Local residents in the state’s Cachar district threatened an economic blockade of Mizoram.

People of Kabuganj and Dholai area have “launched an indefinite blockade of roads” leading to Mizoram from 9am on Tuesday to prevent any vehicle from moving to the neighbouring state. Social activist Jabir Hussain Laskar told reporters that the people of border towns and village will also launch an indefinite ''economic blockade'' from Wednesday and urged the Assam government to take steps to resolve the boundary dispute. The Barak Democratic Front (BDF) too has called a 12-hour Barak Valley bandh on Wednesday in protest against the killing of Assam Police jawans and one civilian in Lailapur, BDF Chief Convenor Pradip Dutta Roy said.