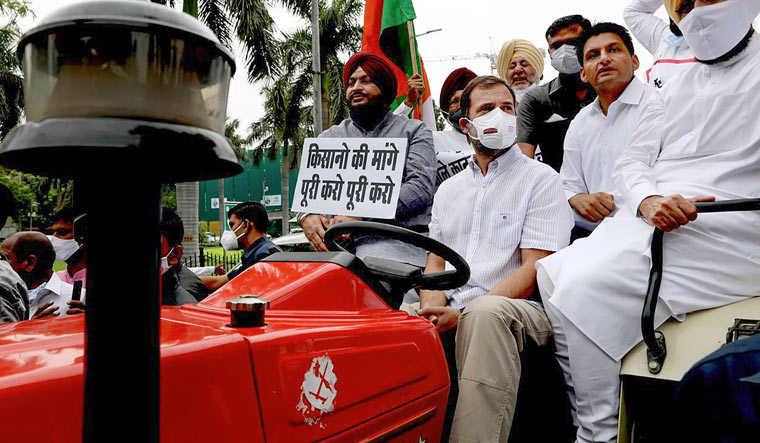 Union Agriculture Minister Narendra Singh Tomar came out strongly against Congress leader Rahul Gandhi, who drove a tractor to Parliament as a mark of protest against the Centre's three farm laws, calling him a liar and saying Congress leaders themselves make fun of Rahul Gandhi's statements.

Rahul Gandhi has no experience of the pain of the village, poor, or farmers, the Union minister said, adding, "He is habituated to lie day after day in his unsuccessful attempt to stay politically relevant."

Congress and Rahul Gandhi should think that when they had announced in their election manifesto that they will bring the laws, they were either lying then or they are lying now, Tomar said and sought clarification from t he party over this.

He asked the Congress leader not to mislead farmers or create atmosphere of anarchy.

"We have brought the message of farmers to Parliament. Their issue is not being allowed to be discussed in Parliament and farmers all over the country are being suppressed and that is why we are here. These black laws should be withdrawn," he told reporters.