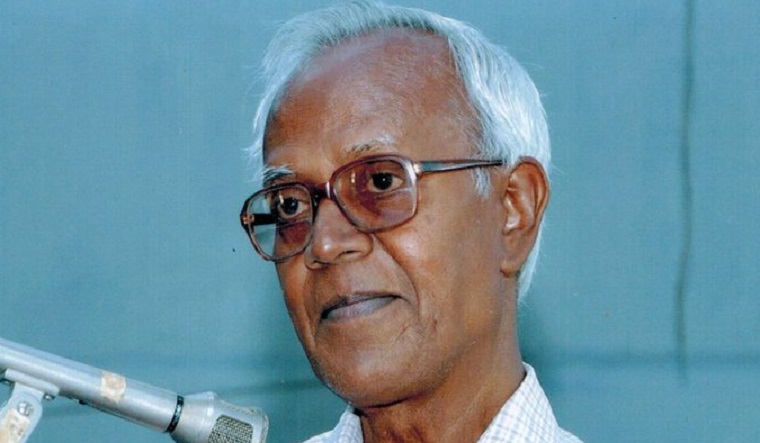 The Bombay High Court on Friday withdrew oral observations it made while hearing posthumously the appeals made by late Christian priest Stan Swamy, Live Law has reported.

Swamy had died moments before the Bombay High Court was to take up his bail plea on July 5. Swamy, a Jesuit priest, had been arrested last year in connection with alleged links to the Bhima-Koregaon violence.

The bench of Justices S.S. Shinde and N.J. Jamadar heard the matter on July 19. Justice Shinde was quoted by Indian Express as saying, "We don’t have time normally, but I saw the funeral service (of Swamy). It was very gracious… Such a wonderful person. The kind of service he has rendered to the society. We have great respect for his work. Legally, whatever is there against him is a different matter."

The bench also referred to the criticism of the NIA and the judiciary over delay in bail hearings.

During hearing of the matter on Friday, Additional Solicitor General Anil Singh, who represented the NIA, pointed out "personal comment" of judges is "being twisted by the media".

Justice Shinde said if Singh was hurt by the comments, the court was withdrawing the statement, Live Law reported.

"I had said, so far as legal issues are concerned, that is different. Suppose you are hurt that I personally said something, I take those words back," Shinde was quoted as saying by Live Law.

"If you want, I take my words back. Our endeavour is to stay fair and balanced always. That should be the end of the matter," Justice Shinde said. "Our problem is that we don't have control on what happens outside (the court)," the HC said. Singh then said that he had no grievances with the court. It was just that "public perception" mattered to agencies.

Meanwhile, Mihir Desai, the advocate for Swamy, requested the Bombay High Court to monitor the magisterial inquiry into his death by invoking its parens-patriae jurisdiction. He said that there existed previous Supreme Court judgements ruling that High Courts could exercise parens-patriae jurisdiction or act as the ‘parent’ of such appellants, who were not in a position to take decisions for themselves. Advocate Desai urged the High Court to permit Swamy's aide, father Frazer Mascarenhas, to participate in the inquiry supposed to be conducted into Swamy's death as per section 176 of the CrPC.