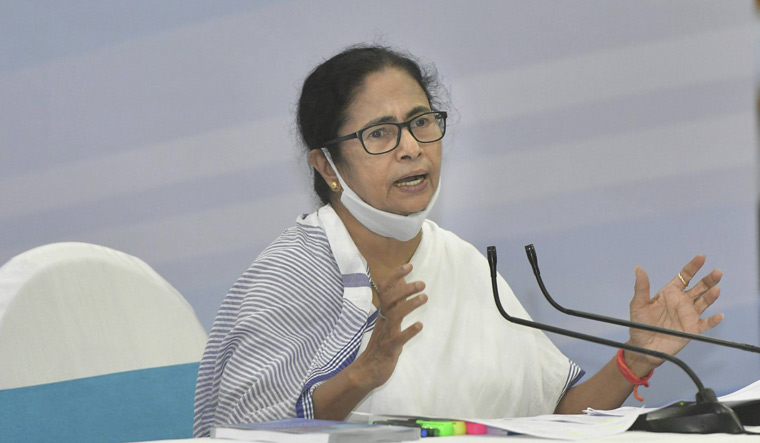 With the appointment of a new DGP imminent in West Bengal, a female IPS officer has emerged as a front-runner. If the Union Public Service Commission (UPSC), which has commenced the mammoth hunt for filling the top post, chooses Suman Bala Sahoo, a 1987-batch woman IPS officer, she will create history as the first woman DGP of West Bengal.

Sahoo is currently the DG-Communication of West Bengal police. Though comparatively inexperienced in handling law and order, unlike her peers, Sahoo is known to have a sharp brain with her specialisation in the intelligence network. Sahoo has a fair knowledge about Bengal and Kolkata from her experience as the deputy commissioner of special branch when she was responsible for the security of VIPs and intelligence reports from Kolkata. She had also headed the detective branch of the Kolkata police and spent a considerable time at the CID, the key criminal investigating agency of the state.

If Sahoo is selected, West Bengal will see the rare combination of a female DGP working under a woman chief minister.

Meanwhile, the UPSC has hastened the process to fill the top post in Bengal police as incumbent DGP Virendra is all set to retire on August 31.

Setting a timeline to pick Virendra's successor by July-end, the union service body has sent back the list forwarded by the West Bengal government. The body has, instead, sought from the state all necessary documents related to the career of each officer on the list.

Like all major recent events in West Bengal, the hunt for the next DGP has also taken a political turn as sources say that Chief Minister Mamata Banerjee, during her next meeting with Prime Minister Narendra Modi, is expected to raise the issue of not allowing the state to make the choice. Banerjee, who will embark on a five-day visit to Delhi on July 25, has sought an appointment with the PM.

Ideally, since the Department of Personnel and Training (DoPT) under the Prime Minister’s Office is the appointing authority of IPS and IAS officers, the PMO's sanction is required to appoint a person as the DGP of any state. Traditionally, Union governments accept the name forwarded by chief ministers. This time, however, the Union government has engaged the UPSC to do a credibility check of the officers on the short-list before appointing anyone for the top post.

However, for the first time in recent years, the UPSC wrote back to the state government seeking detailed reports about the officers and their bio-data in a fixed format, like in any other examination. The bio-data has to have the name of the officers, their academic qualification, achievements during their service, and awards received. Details of punishments, disciplinary actions, major penalties, and criminal proceedings have also been sought by the commission.

The UPSC order also sought an integrity certificate issued by the chief secretary for each of the candidates. “While the copy of ACR (Annual Confidential Report) of the seven DG-rank officers have been sent by the state government, the complete up-to-date dossier of ACR of every officer is required,” said a senior officer from the state. The order said, “If some of the officers are not reviewed or accepted by the competent authority, valid reasons may be furnished for the same. If some of the ACRs are written in regional language, an English translator of the same, duly authenticated by an officer of the rank of principal secretary in the state government may be furnished.”

Manoj Malviya, an officer with an extraordinary calibre and who has worked at different positions in the Bengal police, tops the state list based on seniority. Currently, DG of Police (Organisation), the 1986-batch officer also comes with a track record of central deputation at the CBI and the CAPF (Central Armed Police Force).

However, almost a decade ago, Malviya's name had cropped up in various corruption allegations during his tenure as the chief of the Bureau of Civil Aviation. Hence, it is unlikely that an able but controversial officer like Malviya would be made the head of the state police, as the UPSC order mandates professional integrity.

The second on the list is Kuldiep Singh, who is currently DG (CRPF). It is unlikely that Singh would be sent to Bengal as the state police chief. The next in line is current joint secretary at cabinet secretariat, Sashi Bhusan Singh Tomar, who may also not be picked up.

That leaves the commission with Sahoo, the fourth contender on the list.

According to highly-placed sources in West Bengal administration, the fifth person on the list is P. Nirajnayan, who was in charge of the Bengal police during the recently concluded assembly elections. The Election Commission had then transferred the current DGP, Virendra, and replaced him with Nirajnayan. However, shortly after taking oath, Banerjee appointed Nirajnayan as the DG, Fire Service, and brought back Virendra.

The list also includes the names of those who are going to retire this year. Gangeswar Singh, a 1988-batch officer, is also being talked about for the top post. Though known as an able officer, however, a fast-approaching retirement would go against Singh. The Centre may not accept his name as he has less than two years of service, unless given an extension.

Interestingly, the list has several names who are in additional-director general ranks, and are yet to get a promotion.