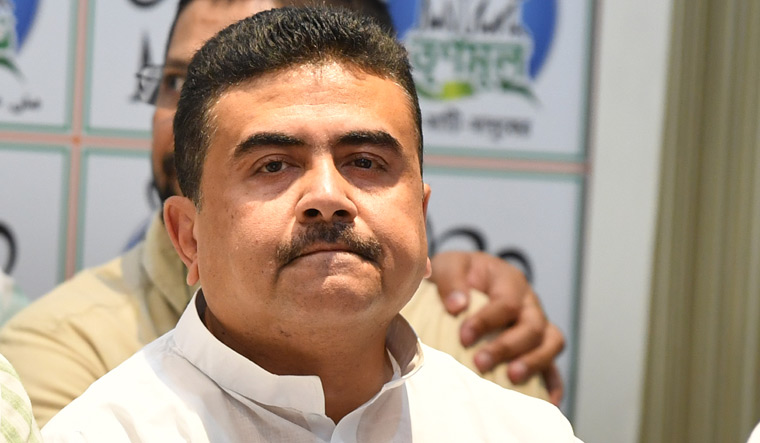 The West Bengal police has registered a case against BJP leader Suvendu Adhikari under the Disaster Management Act (for holding a rally during the pandemic) and Official Secrets Act. Adhikari, the leader of the opposition in West Bengal assembly, reportedly said in East Midnapore on Tuesday that he had all the call records of East Midnapore superintendent of police.

"The officer tortures our workers and does not know that he is a Central government-recruited officer. I know what he does as I have all the call records," said Adhikari, in a statement which went viral on social media.

His comments are important at a time when the Parliament is disrupted over Peagasus malware attack in the mobile phones or journalists and political leaders of India accross the party lines.

Adhikari could not be contacted for his remarks.

However, he did not stop there and warned the officer of getting posted in Kashmir. "If there is a state government here, we have a Central government too. He might be posted in Baramulla or Anantnag," warns Adhikari.

Adhikari, who has recently had a 45-minute meeting with Prime Minister Narendra Modi at PM's residence, said if the prime minister could handle Kashmir, he could do the same to Bengal.

"Go to Kashmir and see how the Indian flag is fluttering. Bengal will also have nationalism one day," said the BJP leader.

Adhikari asked the police officer to see what happened to officers like Alapan Bandyopadhya, former chief secretary of Bengal, and Rajeev Kumar, a senior IPS officer who has been named as an accused by the CBI in Saradha scam.

Today, on July 21, when Mamata Banerjee will be addressing the people of many states, BJP, under the leadership of Adhikari, has decided to launch major protests rally in Kolkata.