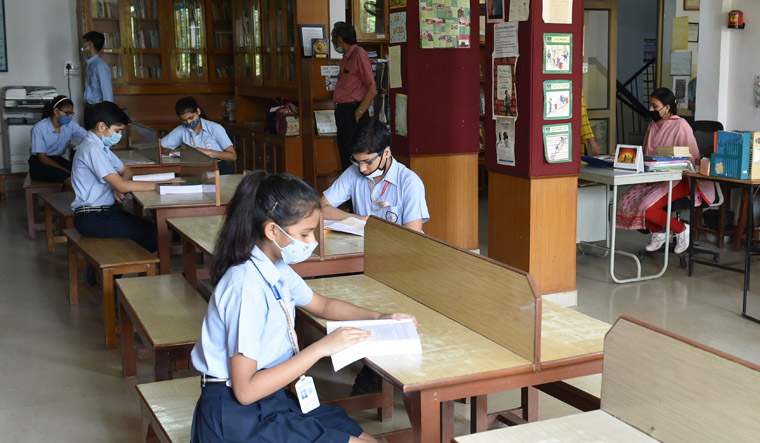 Open primary schools before opening secondary schools, Dr Balram Bhargava, director general of the Indian Council of Medical Research (ICMR), said on Tuesday. Bhargava, while sharing the observations of ICMR's fourth national serosurvey, said the seropositivity in children was at 50 per cent compared to the adult population, even though they were yet not eligible for vaccination.

If and when district administrations decide to open schools, he said, they should first open primary schools, after ensuring that all the support staff are fully vaccinated. Scandinavian countries and some places in Europe had kept their primary schools running throughout multiple waves of infection over the past year-and-a-half (without having any adverse effects), he added.

Now that the infections have begun ebbing, there is a demand for schools and colleges to open up. This, however, is a difficult decision. Delhi Chief Minister Arvind Kejriwal recently made it clear that schools were not opening anytime soon.

With online classes not proving to be an ideal substitute, prolonged shutdown of schools has impacted children's education due to  lack of personal touch. Also, internet coverage is not universal, and as a result, many children are dropping out of education.