Covid handling, economy: Modi govt will have to volley a stormy monsoon session 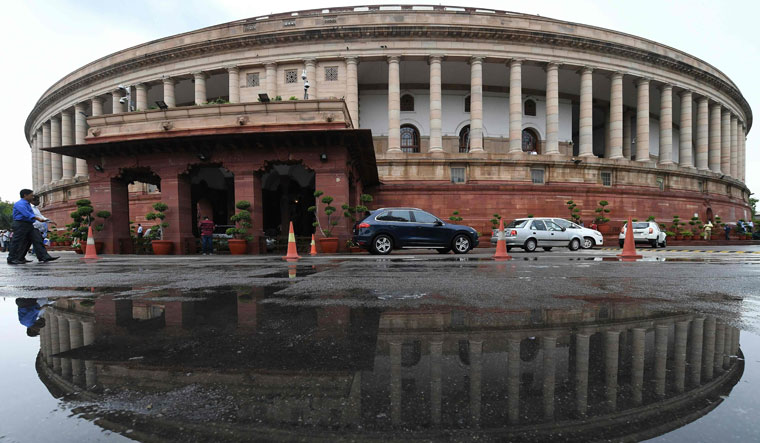 The opposition and the Central government are expected to have a showdown on a host of issues during the monsoon session of Parliament that starts on Monday. The 18-day-long session, which begins on July 19, is expected to see the opposition parties try and corner the Modi regime for its alleged apathy to the distress caused to the common man by COVID-19 and economic issues. The attempt of the opposition bloc would be to project the government as apathetic to the pain of the people.

The main opposition party, the Congress, had earlier this week held a meeting of its parliamentary strategy group, in which it was decided that the party would seek a full discussion on the issues of fuel price hike and inflation. Among the issues shortlisted by the party to be taken up on the floor of the house are COVID-19 mismanagement, shortage of vaccines, joblessness, allegations of corruption in Rafale deal, and border issues.

The continuing farmers' protest against the three contentious farm laws is also expected to be raised by the Congress and other opposition parties. The parties would want to be seen as echoing the protests outside, with farmers' bodies having decided to hold agitations in front of Parliament during the monsoon session.

Also among the issues expected to be taken up by the opposition parties are the questions with regard to the creation of the Ministry of Cooperation, the Supreme Court's nudge to the government to repeal the controversial sedition law, and the unrest in Lakshadweep in the wake of the administrator's contentious decisions.

Congress President Sonia Gandhi has deputed Leader of Opposition in the Rajya Sabha Mallikarjun Kharge to engage with other opposition parties and ensure a coordinated attack on the Modi government. However, the upcoming session could expose the differences in the opposition bloc, with the Trinamool Congress, buoyant after the assembly election victory, looking to take the initiative in bringing together parties opposed to the BJP, a move threatening to sideline the Congress.

The Akali Dal, too, has been trying to gather opposition support for its anti-farm laws stance, and the endeavour, for obvious political reasons, is exclusive of the Congress.