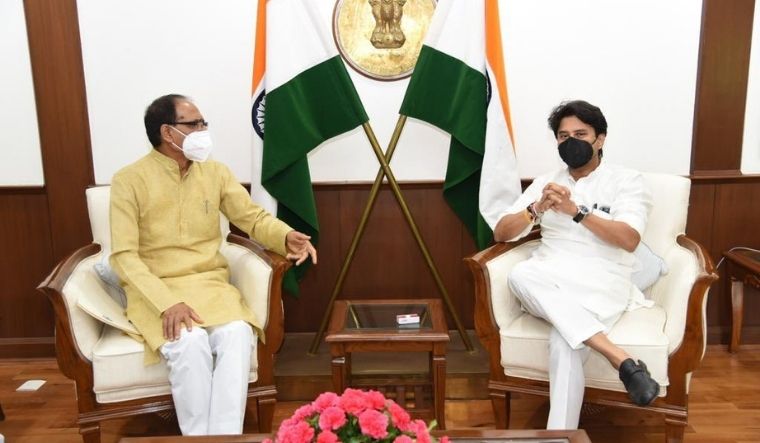 Chouhan tweeted to say that he congratulated Scindia on assuming charge of the civil aviation ministry, and expressed confidence that the aviation sector would see extraordinary improvements under the minister’s guidance and reach new heights.

The CM also said that Scindia assured him that necessary action will be taken on his proposals.

On his part, Scindia tweeted to say that he received best wishes from CM Chouhan and they were both raring to work shoulder-to-shoulder to take Madhya Pradesh on a path of progress under the leadership of Prime Minister Narendra Modi.

Chouhan has been in New Delhi since Sunday afternoon, meeting Union ministers, especially those hailing from Madhya Pradesh, after the cabinet reshuffle.

On Monday, Chouhan met Defense Minister Rajnath Singh. The CM discussed the proposal of setting up a defense cluster in Jabalpur with the Union minister. Chouhan said the cluster would help in generating direct and indirect employment opportunities in the MSME sector and other technical institutions in the Mahakoshal region of the state.