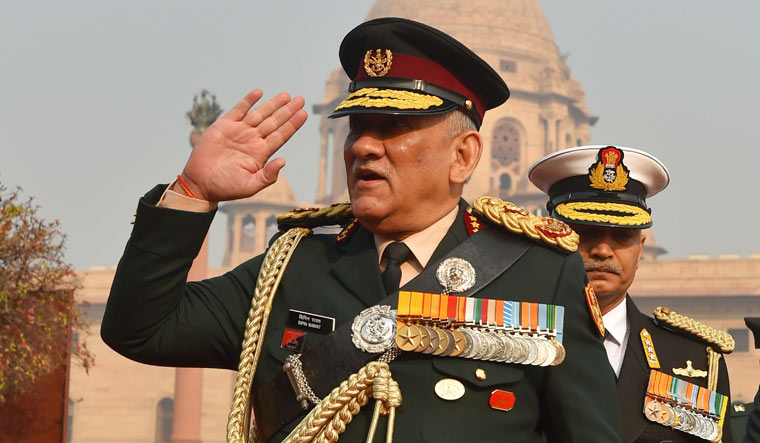 "For good or for ill, air mastery is today the supreme expression of military power, and fleets and armies, however vital and important, must accept a subordinate rank," Winston Churchill, former prime minister of United Kingdom had said in 1949.

Chief of Defence Staff (CDS) General Bipin Rawat triggered a public outcry a few days ago when he termed the Indian Air Force—the world's fourth largest air force—a “supporting arm” like the artillery or engineers. General Rawat was speaking in favour of the proposed Theatre Commands, which is considered to be the Indian military's biggest ever reforms.

Air Chief Marshal R.K.S. Bhadauria chose to differ as he pointed out that the IAF does not just perform a supporting role. "Air power has a huge role to play. In any of the integrated battle areas, it is not an issue of support alone. A whole lot of things go into any air plan that is made. And those are the issues that are under discussion," he said.

Air Chief Marshal Bhadauria too is in favour of theaterisation of Indian military as he believes that it is the most important reform that would have an impact on war fighting. Nonetheless, the IAF always had apprehensions about theatre commands, and its key officials have been vehemently opposing the concept due to its limited assets.

A former IAF chief had once said on theatre commands," We are not at the beck and call of every battalion commander who wants air support, We are a strategic force."

Another former Air chief marshal had questioned the concept of theatre commands as he felt that it would demand large increase in expenditure with "doubtful returns".

IAF officers believe that the Army dominates the entire military strategy because of its size. "Army is huge, 1.14 million, and it tends to dominates every aspects of national defence, as other two services are less in numbers," a senior air marshal had observed. Already, 30 per cent of expenditure of government spending is allocated on defence in India, and theaterisation would lead to a jump in acquiring assets.

Basically, a theatre command would have specialised units from the Army, Navy and Air Force, and will operate under a common commander. Such commands will work under an officer from any of the three services, depending on the function assigned to that command. From logistics to training and even support service will all be weaved into a unit to bring joint-ness in operations. These theatre commands are expected to be in shape by the end of 2022, much like the ones China and the US have.

The announcement of proposed theaterisation of Indian military was expected to be part of the prime minister's Independence Day address from the rampart of Red Fort. However, the differences between the services came out last month during a discussion to approve a draft note for the cabinet committee on security.

Immediately, a high-level panel, including vice chiefs of the three services and representatives from the ministries of finance, home affairs and law, was constituted to iron out the differences through wider consultation before the cabinet approves the reforms.

A senior military officer noted that India is trying to ape the concept of theatre commands which has come from the US and China, with a mistaken belief that what is good for the US, is good for us also. He said each country has different problem and there are different ways to tackle it.  Geopolitically, India does not have any out of area contingencies. The US is an expeditionary force and has enough resources to have multiple theatres, he added.

"India's defence budget is roughly to an order of about ten times lower than China and close four to five times bigger than Pakistan. And that is the reality. We cannot ask for more money for creation of assets," another officer said.

Currently, Indian military functions under 17 single-service commands. And General Rawat believes that none co-located with each other and with each of the three services discharging their operational and strategic roles in isolation, there is a marked lack of synergy in operations. Indian military has eight commands to look at China front compared to single a western theatre command of Chinese military, responsible for border with India.

General Bipin Rawat took over as country's first CDS on January 2020. And since then, he has been working relentlessly to sharpen the coordination between the three forces.

Some believe that theatre commands will be cost-effective in long run, as all military purchases will be under single umbrella.