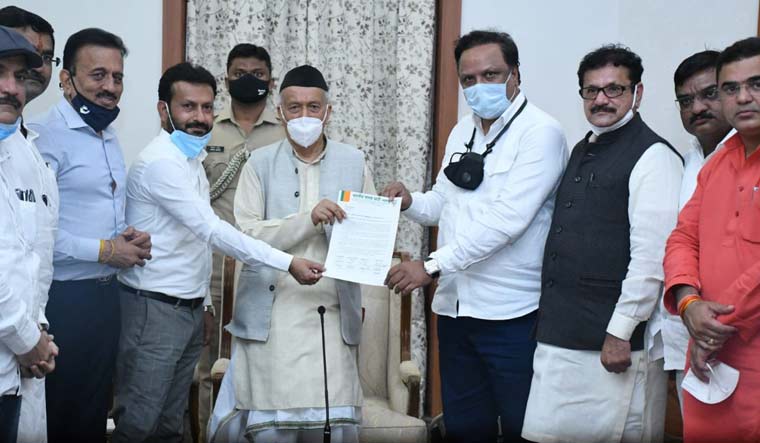 The short two-day monsoon session of the Maharashtra Assembly, which began on Monday, has already seen enough drama with 12 BJP MLAs being suspended on the first day for unruly behaviour.

The 12 BJP MLAs have been suspended for a period of one year, during which they are barred from entering the Assembly premises in Nagpur and Mumbai.

The Assembly session had come into focus as the Congress, one of the constituents of the Maha Vikas Aghadi government, had been demanding an election for the post of speaker. It is yet unclear whether an election will be held on the second day of Assembly proceedings on Tuesday. The BJP had been taunting the Uddhav Thackeray government over the speaker's election, alleging the three-party coalition was unsure of its numbers.

Ashish Shelar, one of the suspended BJP MLAs, declared the election for speaker's post could not be held under the present circumstances.

“The Talibani Thackeray government hatched a conspiracy to create false charges and reduce our numbers. Elections for the speaker’s post cannot be held when MLAs are suspended,” Shelar was quoted as saying by The Times of India.

Shelar claimed he had apologised to Deputy Speaker Bhaskar Jadhav over the incident. Jadhav was chairing the session.

Jadhav was quoted by The Times of India as saying, "These things happen but never continue outside the Assembly. However, they later came to my cabin and abused me. They came in a large crowd and tried to manhandle me. I have not seen such behaviour in the last 36 years in the Assembly."

On Monday evening, the 12 suspended BJP MLAs met Maharashtra Governor B.S. Koshyari and requested him to stay the suspension and demand a probe into the incident.