Swamy was imprisoned in connection with the Elgar Parishad violence case 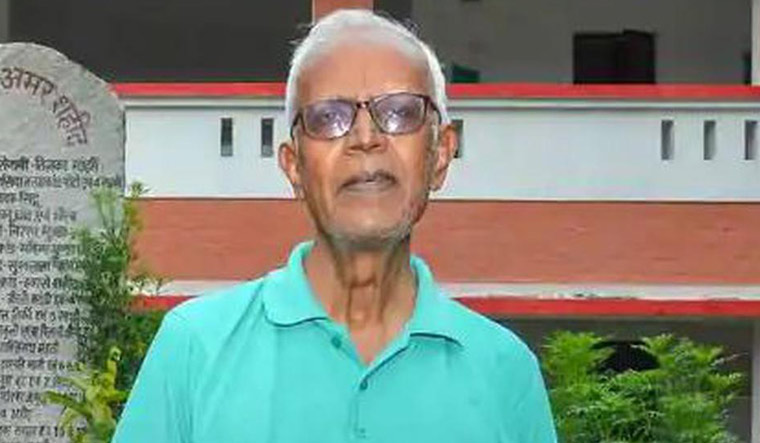 Social activist Fr Stan Swamy, who was lodged in jail in connection with the Elgar Parishad violence case, died on Monday. Swamy was undergoing treatment at the Holy Family Hospital in Mumbai. The 84-year-old Jesuit priest's health condition had worsened and was on ventilator support.

He breathed his last at 1:30 pm on Monday, his lawyer informed a Bombay High Court bench of Justices S.S. Shinde and N.J. Jamadar as they were hearing Swamy's temporary bail plea on medical grounds in an appeal challenging the orders passed by the Special NIA Court rejecting him bail.

Unprecedented events unfolded in the Bombay High Court on Monday. As the hearing commenced, Swamy's lawyer Mihir Desai requested the bench that they hear Dr. D'Souza from the Holy Family Hospital. The doctor then informed the court about the passing away of Swamy, whose bail plea was repeatedly thwarted by the NIA.

Counsel Desai sought a judicial enquiry into the matter. "This is very serious. He was taken to the hospital 10 days late," he charged in the court. Swamy and his co-accused in the Elgar case have repeatedly complained of inadequate health facilities at the Taloja prison in neighbouring Navi Mumbai, where they were lodged as undertrials.

"I only have two things to say. We have no grievance against Holy Family Hospital. The high court bench ensured that best medical care was given to him. Unfortunately, I cannot say the same thing about the NIA and jail authorities," Mihir Desai told the court on Monday after Dr D'Souza broke the news, reported Bar & Bench. The court has directed that Swamy's body be handed over to his close friend Fr Frazer, former principal of St Xaviers College.

In May this year, Swamy told a vacation bench of the high court via video-conferencing that his health had consistently declined at the Taloja prison. He had urged the HC to release him on interim bail at that time and said if things continued the way they were, he "would die soon". Unfortunately, his worst fears came true on Monday.

On Saturday, advocate Desai had told the bench that Swamy's health was critical and that he was still in the hospital's intensive care unit (ICU). The bench had then adjourned the hearing on Swamy's medical bail plea to Tuesday and extended his stay at the hospital till then.

Last week, Swamy also filed a fresh plea in the HC, challenging section 43D(5) of the Unlawful Activities Prevention Act (UAPA), that imposes stringent bars on the grant of bail to an accused charged under the act.