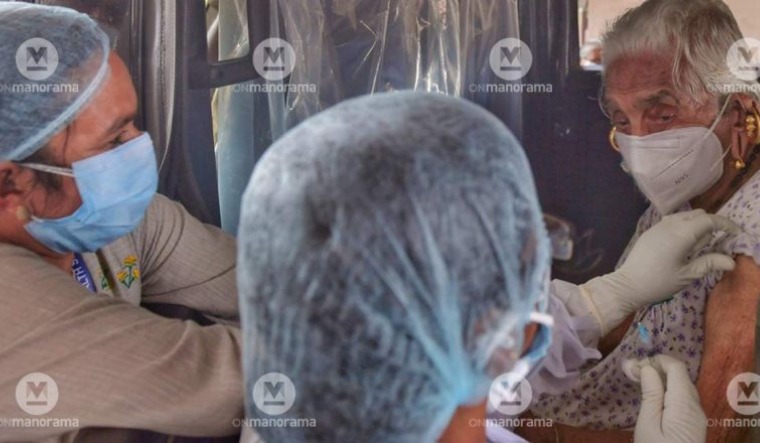 Expressing concern over the high COVID-19 confirmation rate in eight districts of Kerala, the Central government has written to the state chief secretary suggesting stringent measures to contain the spread.

The districts of Thiruvananthapuram, Kollam, Thrissur, Palakkad, Malappuram, Kozhikode, Kannur and Kasaragod had reported a test positivity rate of over 10 per cent during the period between June 21 and 27.

In his letter to the chief secretary, Union Health Secretary Rajesh Bhushan recommended stringent measures to contain the spread in the eight districts. Bhushan also mentioned the rate of RT-PCT and antigen tests undertaken in the districts of concern.

The Centre also directed the state to ensure district-level preventive activities, measures to find COVID cases, effective surveillance and emergency mechanisms to shift patients to hospital and keep them in isolation.

Even as COVID-19 cases decline in other states, Kerala still poses a concern.

The country as a whole recorded 45,951 infections and 817 fatalities in the last 24 hours preceding late Wednesday the country's total coronavirus caseload stood at 30,362,848, while the death toll jumped to 398,454.