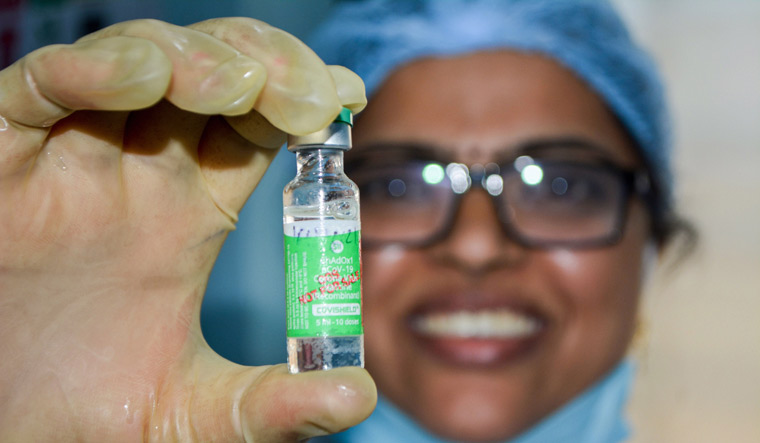 According to news agency ANI, Estonia has confirmed that it will recognise all the vaccines authorized by the Indian government for travel of Indians to Estonia. "Versions of EU-approved vaccines approved abroad (original or licensed productions) are equivalent to the mentioned EU-approved vaccines for proof of vaccination protection," the news agency quoted a German embassy spokesperson on allowing  green pass to travellers who took Covishield vaccine.

Switzerland also has informed that people administered with Covishield can get green passes to visit the country.

India has already asked the EU member countries to individually consider allowing Indians who have taken Covishield and Covaxin vaccines and want to travel to Europe.

The European Medicines Agency (EMA), the EU's top medical body, has approved only four vaccines so far - Pfizer-BioNTech's Comirnaty, US pharma giant Moderna's Covid vaccine, AstraZeneca shot manufactured and sold in Europe as Vaxzervria, and Johnson & Johnson's Janssen. The European Union's Digital Covid certificate or "Green Pass'' is coming into effect on Thursday with an aim to facilitate free movement during the COVID-19 pandemic.

Only those who've been given these shots are granted vaccination passports, and allowed to travel hassle-free amid the pandemic. Under this framework, persons who have taken vaccines authorised by the European Medicines Agency (EMA) will be exempted from travel restrictions within the EU region.

The individual member states have the flexibility to also accept vaccines that have been authorised at the national level or those recognised by the World Health Organisation (WHO). There have been apprehensions in India that people who took Covishield and Covaxin jabs are unlikely to be eligible to travel to the European Union member states under its 'Green Pass' scheme.