Certain restrictions have been extended by a week 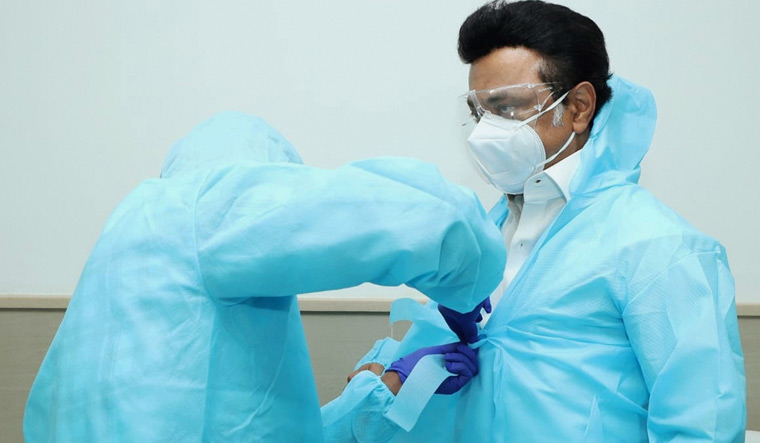 The Tamil Nadu government, on Sunday, announced more relaxations in lockdown norms for 27 districts, and bus services are all set to resume in four districts, including Chennai, from Monday, after a gap of 42 days.

Dispensing with the e-registration requirement in Chennai and three other nearby districts, the government said people could travel in autorickshaws and taxis without such prior approval.

Metro Rail services in Chennai would resume with 50 per cent occupancy and similarly intra and inter district bus (non- airconditioned) services also shall become operational in four districts, including Chennai, with 50 per cent seat occupancy, the government said in an official release.

The first group of 11 districts, seven in western region, including Coimbatore, and four in Cauvery delta areas, including Thanjavur, have not been given additional relaxations, but would continue to have the current easing like nod for shops selling essential commodities.

Chennai, and its nearby Tiruvallur, Kanchipuram and Chengelpet districts in northern region falls under the third category. Southern districts, including Tuticorin, Ariyalur and Tiruchirappalli in central delta region, are among the 23 districts in the second group.

The government extended by one more week, other restrictions as part of the lockdown norms till 6am on June 28 and this includes a bar on public entry to places of worship.

Cinemas would continue to be closed down across the state though film shoots are permitted with a maximum of 100 personnel.

Schools, colleges and universities, though could carry on admissions related administrative work, would in effect remain closed for regular classes for students.

For a visit to hill stations including Kodaikanal and the Nilgiris district, e-pass from district collectors is necessary.

Relaxations common to 27 districts include extension of time for a variety of retail shops including standalone provision and vegetable stores besides salons till 7pm from 6am and previously such shops were allowed to be open from 6am to 5am.

All kinds of construction activities are allowed in these 27 districts.

Nod to travel without e-registration are among the additional relaxations for Chennai and three other districts. In the second group of districts, essential government departments would function with 100 per cent workforce, other wings with 50 per cent and private firms with 33 per cent.

As regards third category areas, all government offices would work with 100 per cent employees and private companies with 50 per cent staffers.

In the second category regions, for travel in autos and taxis, e-registration is necessary.

With a spike in coronavirus cases, the state government clamped a lockdown from May 10 and most services including public transportation came to a halt.

The Southern Railway has been operating ''workmen special'' suburban train services for those in essential services alone.

Tamil Nadu recorded its highest single day spike (36,184 cases) on May 21 and since then the cases began to gradually decrease and government in a phased manner has been easing restrictions.