Official figures show only 2,425 COVID deaths in these districts during April, May 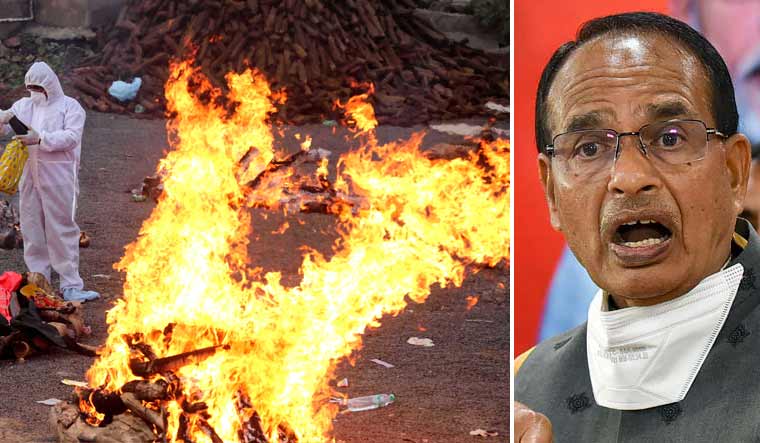 Jan Swasthya Abhiyan (JSA), an NGO that works in the health sector, has demanded an independent probe into the alleged discrepancy in COVID-19 death figures during the second wave of the pandemic in Madhya Pradesh.

In a letter to the chief minister, secretary and commissioner of health of Madhya Pradesh, JSA has claimed that as many as 12,270 COVID-19 deaths went officially unreported in 20 of the 52 districts in the state during April and May. The NGO, which is the Indian regional circle of the global People’s Health Movement (PHM), has based its analysis on various sources, including newspapers, social media and other media agencies.

The letter mentions that in the two months, 14,695 people lost their lives due to COVID-19 in the 20 districts, while the official death figure, as per health bulletins of the government, puts the number at 2,425. Thus, there is a gap of 12,270 deaths that are either not known to the government or have not been accounted for under COVID deaths.

The letter also mentions that data of the office of Registrar General of India (RGI) shows that during the months of April and May, these 20 districts of Madhya Pradesh reported a total of 1,25,943 deaths, a four to five times rise compared to the same duration during previous years. Of these, only 2,425 have been reported officially as COVID-19 deaths.

The rise in the number of deaths could not be normal and therefore, the MP government should come out with clear information regarding these deaths, JSA has demanded.

Talking to THE WEEK, Amulya Nidhi of JSA said the RGI death figures were accessed by independent data journalist Rukmani S. and shared with the NGO. According to the data shared, 39,477 deaths were reported in 20 districts of MP in April 2021 and 86,466 in May 2021.

The JSA letter said that there have been reports and instances as well as data that clearly show that the actual number of COVID-19 deaths far exceeded the official figures presented and thus, a probe was necessary to bring the facts to light.

Also, the deaths in all the private hospitals in the state where Covid-19 was treated, hospital-wise and data of all cremation grounds/cemeteries should be made public. Data should be compiled and released on deaths at home during the entire pandemic. The death figures from the Office of the Registrar General India should also be investigated and information about death certificates issued during this entire pandemic should also be made public.

Akash Tripathi, secretary and commissioner, MP health department, did not respond to THE WEEK's attempts to contact him over the issue, till the filing of this report.