Another meeting with Shah on cards? Dhankhar postpones departure from Delhi

Dhankhar had a meeting with Shah on Thursday 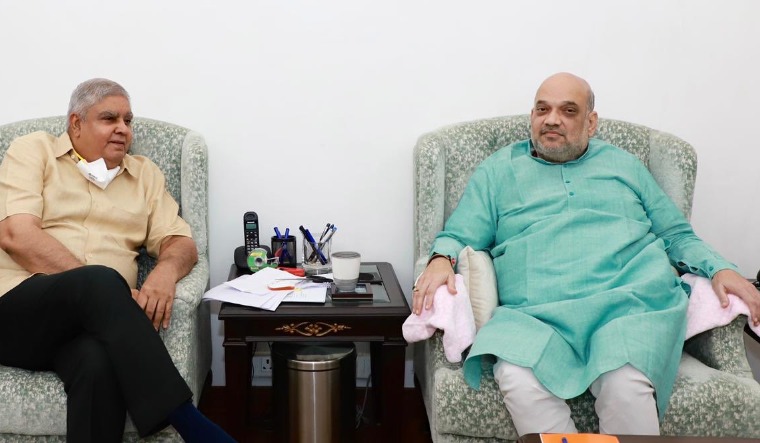 West Bengal Governor Jagdeep Dhankhar has postponed his Friday afternoon departure to Kolkata from Delhi, and is likely to meet Union Home Minister Amit Shah again about the law and order situation in the state, sources said.

Dhankhar had a meeting with Shah on Thursday as well during which he is believed to have briefed the home minister about the law and order situation in the state where several incidents of post-poll violence were reported.

Sources said Dhankhar was scheduled to leave Kolkata on Friday afternoon, but the departure has been rescheduled for Saturday.

A meeting with the home minister later in the day is not ruled out, they added.

Dhankhar arrived in the national capital on Tuesday.

A day before his departure from Kolkata, a delegation of West Bengal BJP MLAs had petitioned him on the alleged deterioration of law and order in the state.

Dhankhar also wrote a letter to Chief Minister Mamata Banerjee, accusing her of being silent over post-poll violence in the state and not taking steps to rehabilitate the affected people.

He shared the letter on Twitter, a move the state home department criticised as being violative of all established norms.