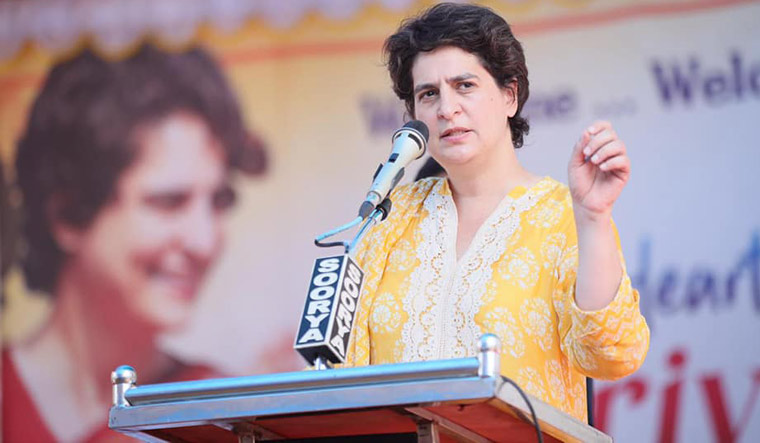 Congress general secretary Priyanka Gandhi Vadra has said that the prime minister is answerable for the money in the Shri Ram Janm Bhoomi Tirath Kshetra trust as it was constituted by him.

Vadra said the above in a social media post on Wednesday morning.

She posted that on behalf of the country, her party was demanding a Supreme Court inquiry into allegations of financial fraud in the purchase of a parcel of land for the Ram Mandir.

Referring to the land sale papers that were made public by two politicians on Sunday, Vadra said that it was unbelievable that the cost of a piece of land could have increased at the rate of Rs 5.5 lakh per second.

“All this money was given by the people of Hindustan as offerings and donations for the construction of the Ram Mandir”, read Vadra’s post.

She said that Champat Rai, the secretary of the Trust had clarified that the land rates in Ayodhya had gone up post the Supreme Court judgment. Yet even if one went by the circle rate, the land should have been valued at around Rs 5 crores.

In land deals, however this is not necessarily the case. Circle rates are decided by the administration and the duty levied on sale and purchase of the land is calculated on the circle rate. Yet the actual selling price of a land might be above or below this circle rate.

Vadra has also referred to a statement by a representative of the trust chairperson Mahant Nritya Gopal Das. “Even he has alleged lack of transparency in the matter”, she wrote.

“So many of our sisters have, in their faith, given all their life’s savings in the feet of Sita Ma. No one touches the offerings made to God. People’s faith, respect and devotion is welded in it”, she wrote.

She has said that the Trust was constituted by the PM and people very close to him are part of the trust. “A trust means faith. It is the PM’s responsibility that every paisa donated to the trust be used for common tasks in the act of faith, and not for any fraud”.

“Anyone who looks for opportunity in faith is attacking Indians and is participating in a sin”. Vadra concluded.