Delta plus variant of COVID-19 is not yet a 'variant of concern': Centre 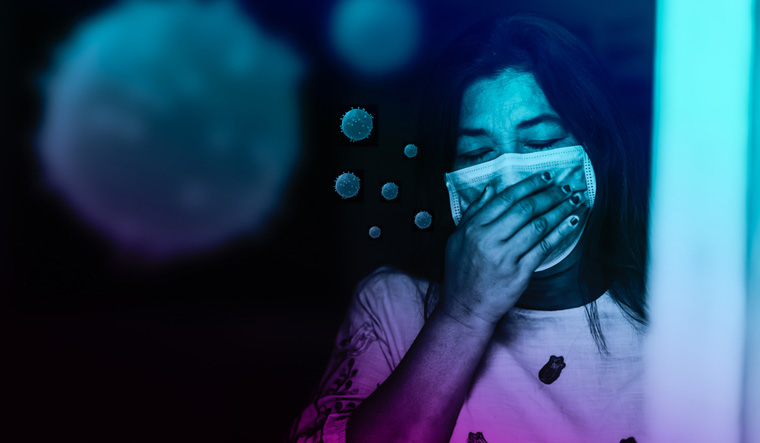 The Delta plus variant of COVID-19 is not yet a variant of concern, the Union health ministry said on Tuesday, noting that its presence has to be assessed and tracked in the country.

At a press conference, NITI Aayog member (health) V.K. Paul said a new mutation has been detected called Delta plus variant and it has been there since March in Europe. This was brought into the public domain just a few days ago, he said.

However, scientifically the effect and change of Delta plus has to be watched through our INSACOG system. This has to be detected and we have to see its presence in the country, he said.

The Indian SARS-CoV-2 Genetics Consortium (INSACOG) was set up by the government on December 25 last year to study and monitor genome sequencing and virus variation of circulating strains of COVID-19 in India.

Paul said in the public domain it has come that the Delta plus variant can nullify the usage of monoclonal antibodies. "What we need to do is to focus on our own behaviour, not give opportunities for the virus to spread, prevent crowding and parties, and wear masks. If we break the chain of transmission, then less variants will be formed,” he added.

“The root cause has to be dealt with and that is breaking the chain of transmission. We are concerned about it (Delta plus variant) keeping a track on how it progresses in other countries, and if it is present in India, then where all it is there," Paul said.

On the Novavax vaccine, he said its efficacy data is promising and the data available in public domain also indicates that it is safe and highly effective.

The preparatory work has already been accomplished by the Serum Institute and it is also conducting a bridging trial, which is in advanced stages of completion, he said.

Paul said the efficacy and positive results of this study will mean very well for the nation.

"I am also hoping that they will also start trials on children which is of a special interest to all of us. The pace of vaccination should see a renewed energy from next week onwards when we will realign our and states' efforts,” he said.

“Effective scale-up at the ground level is also expected. Teams both at the Centre and states are working on building new guidelines for high-speed vaccination coverage across the country," Paul said.

Urging people to keep following COVID-19 appropriate behaviour, Paul said it must be kept in mind that the variants now are more transmissible than the ones from last year.

"We are dealing here with relatively highly transmissible ones, so in that effort we must be more alert and keep following COVID-19 appropriate behaviour," he said.

On Adverse Event Following Immunisation (AEFI), joint secretary in the health ministry Lav Agarwal said any untoward medical occurrence may not be directly linked to vaccination and its causality analysis is done to ascertain whether it was due to vaccination or it was due to some other reason.

"We ascertain if it is a minor adverse event or it is a serious or severe adverse event. Then it is monitored and causes are ascertained. The vaccines approved by us, their safety parameters are very good. When 23.5 crore doses were given then AEFI deaths was 0.0002 per cent which comes to 488 deaths which does not mean these deaths were because of vaccination," he said.

On missed COVID-19 deaths, Agarwal said the Centre has asked states to do a death audit to prevent avoidable fatalities.

"To ensure some cases are not missed, they need to be reported on time. We have asked states to report any missed deaths. Deaths cannot stay hidden and that can be seen in the case of Bihar which conducted an analysis at the district level and reported these deaths. It was also seen in Maharashtra and Kerala and they are monitoring if any deaths were missed," he said.

Over alleged fake COVID-19 test results during the Kumbh Mela in Uttarakhand, Agarwal said the district magistrate of Haridwar has been asked to give a detailed report on the matter and the exact figure of these tests is to be determined yet. Action will be taken against those responsible, he said.

Highlighting the improvement in the COVID-19 situation in the country, Agarwal said an almost 85 per cent decline in daily COVID-19 cases has been noted since the highest reported peak on May 7 and the number of districts reporting more than 100 daily cases has reduced from 531 as recorded in the week ending May 4 to 165 in the week ending June 13.

There has been a decline of 75.6 per cent from the peak of COVID-19 active cases recorded on May 10 across the county, he said.

Currently, there are 20 states and Union territories where active cases are less than 5,000 and a drastic reduction is being noted in almost all states, Agarwal said.

Due to restrictions being imposed at the field level in terms of containment activities, a sharp decline of 78 per cent has been noted since the highest reported weekly covid case positivity of 21.4 per cent, which was recorded between May 4 and 10 during the second wave, he said.