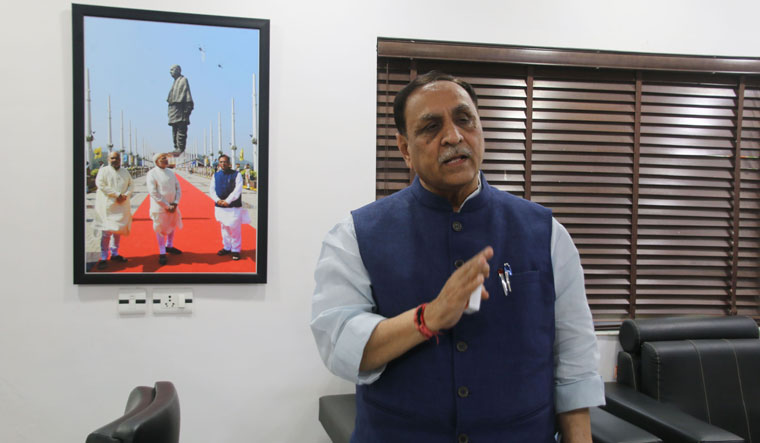 Having received brickbats for its alleged failure to handle the second wave of COVID-19 effectively, the Gujarat government appears to be determined to set things right.

Rupani said that while one would wish that the third wave does not come, based on the views about the third wave, the state should be prepared for it.

The BJP government came under fire as patients and their families struggled to find hospital beds with oxygen supply, during the second wave.

The CM said that the state did have to struggle during that period, but has managed to bring the situation under control. As against 14,500 cases per day, the state is now reporting around 450 cases, he said.

Giving details about the action being taken, Health Commissioner Jaiprakash Shivhare said that compared to 1,800 hospitals in the second wave, 2,400 hospitals will be available for treatment in the possible third wave.

One of the most important features of the planning appears to the real time information on available beds. Patel said that since the information will be centralised, people will not have to keep searching for hospitals.

Considering fears that the third wave will affect children more, paediatric beds have been increased from 2,000 to 4,000 and paediatric ventilators from 500 to 1,000. Special rooms have also been made so that parents can be with the child, if needed.

Shivhare said that the intensity of the third wave would depend on the manner in which vaccination is done and COVID-19 appropriate behaviour.

The chief minister said that at the peak of second wave, the state had 14,600 plus cases per day. Plans have now been made so that the state can handle 25,000 cases per day.

The number of the oxygen beds has been increased from 61,000 to 1.1 lakh. Oxygen production is also being augmented.

Gujarat is vaccinating about 2 lakh persons per day and plans are to vaccinate about 4 to 5 lakh per day, the officials said. The state government said that, so far, 2 crore of the 6.5 crore population have been vaccinated.