50 MLAs of opposition BJP, including Adhikari, submitted a memorandum to Dhankhar 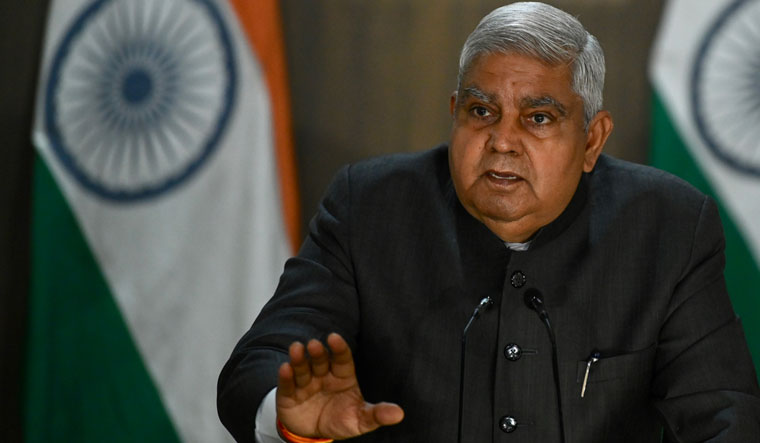 BJP leader and leader of opposition in the West Bengal assembly Suvendu Adhikari, along with a host of party MLAs, met Governor Jagdeep Dhankhar at Raj Bhawan, Kolkata on Monday "to apprise him of the several inappropriate incidents happening in Bengal and discuss other important matters."

After the meeting, Dhankhar said 50 MLAs of opposition, including Adhikari, submitted a memorandum to him, calling his attention towards certain points, including anti-defection law and incidents of violence in Tiljala in Kolkata and Chandanmagar in Hooghly district.

“Being the constitutional head of the state, let me make it clear that anti-defection law is applicable in full force in Bengal. It is as much applicable here as in other parts of the country,” news agency ANI quoted the governor as saying.

A few days ago, Dhankhar had claimed that the law and order situation in Bengal is collapsing, referring to the incidents of violence in Chandannagar and Tiljala.