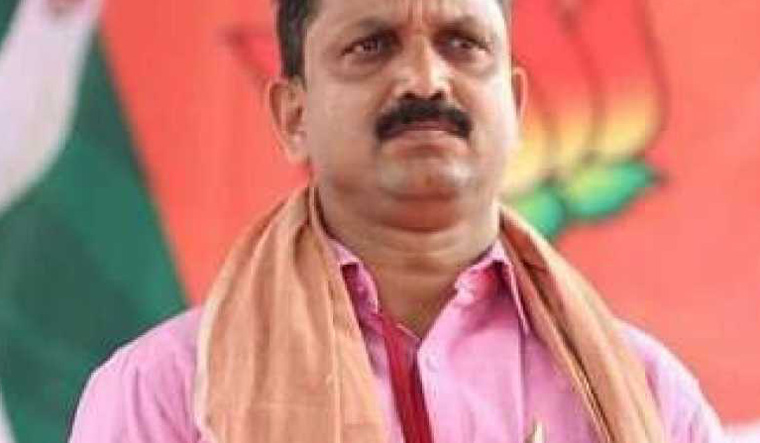 The meeting with Nadda is scheduled for 3pm on Wednesday. The issue had garnered national attention and Prime Minister Narendra Modi had expressed displeasure.

The central leadership is also miffed over their names being dragged into the row.

Meanwhile, the Crime Branch has taken over the bribery case, which will be probed by a special team led by DySP A. Satheesh.

More evidence has emerged against K. Surendran related to the allegation that he had given money to C.K. Janu to contest from Bathery as an NDA candidate.

According to the audio clip, Surendran and Dipin had arrived at room number 503 of the Horizon hotel in Thiruvananthapuram by 10am on March 7 and handed over the money to Janu. Right before arriving at the hotel, a call was made to Praseeda's phone from Surendran's mobile phone.

The secretary had called to find out the room number. Janu attended that call. Praseeda also released the conversation of them informing about their arrival at the hotel. Praseeda said that she went to Thiruvananthapuram along with Janu on March 6 after Surendran asked her to.