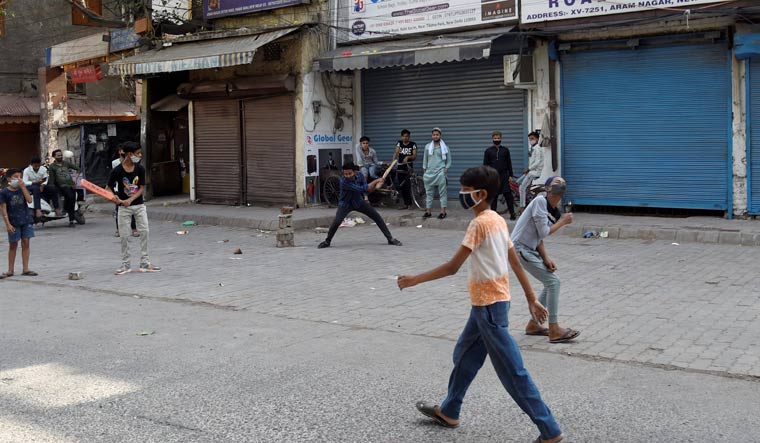 A Task Force of medical experts, particularly paediatric care, has projected that Andhra Pradesh might see a staggering 18 lakh cases in what could be the third COVID wave affecting at least 4.50 lakh children.

The Task Force, however, noted that the timing for the third wave would remain unknown since variations in the (corona)virus were unpredictable. Of the total cases reported in the first and second waves in the State, 2.72 per cent were children in the 0-9 age group and 8.35 per cent in the 10-19 age group.

The Task Force observed that it was inaccurate to say children were not infected in the first wave or the second. They were infected but were either asymptomatic or had mild illness (fever alone).

"With the current low and slow testing capacity and negligible sequencing in the country, we will not be able to characterise the variant soon enough, which is the most critical element in addressing the right population and the outbreak at large," said the Task Force set up by the State government.

"Based on what is currently known, it is quite possible that there may be an apparent increase in the absolute number of cases in children during the third wave," it said.

The Task Force headed by B Chandrasekhar Reddy, a neurosurgeon and chairman of AP Medical Services and Infrastructure Development Corporation, and comprising seven other experts, submitted its recommendations on the third wave management to Chief Minister Y S Jagan Mohan Reddy on Monday.

In the absence of early characterisation of the variant(s), it could not be predicted whether adults would be more affected or children, in a timely manner. It will depend on agent factors, like how much the virus changes, the Task Force noted. The number of Covid-19 cases among adults would be less due to acquired and vaccine-related immunity. It suggested scaling up of the whole genome sequencing in the State to characterise the variants as quickly as possible.

"We need to be prepared for treating 45,000 children over 5-6 months with peak cases during the second and third months from the beginning of the wave. In a worst case scenario, at least 533 children may be admitted to hospitals across the State, 120 of which may require treatment in the paediatric intensive care unit," the Task Force said.

It stressed on good nutrition for children to prevent the viral infection. Besides, it suggested preferential vaccination for mothers, particularly with children below five years.

There could be around 17-18 lakh such mothers and we have decided to vaccinate them along with those in the 45 -plus age group, Principal Secretary (Health) Anil Kumar Singhal said.