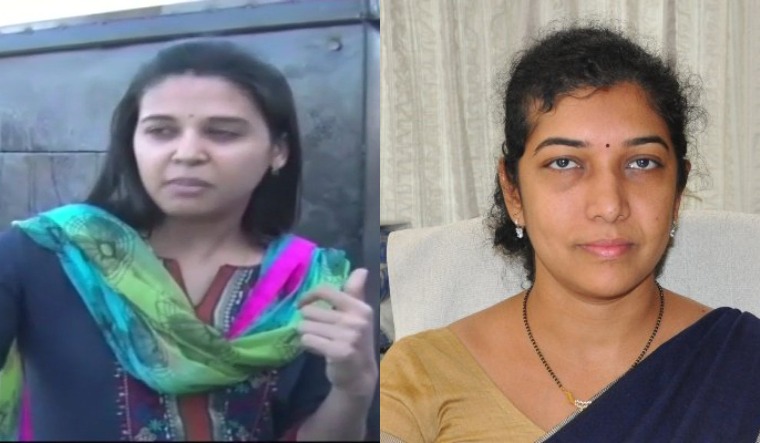 A collage of Rohini Sindhuri (via ANI), on left, and Shilpa Nag C.T. (via Twitter)

The Karnataka government has shunted out two warring IAS officers, Rohini Sindhuri and Shilpa Nag C.T., who had indulged in an ugly public spat over the past few days, out of Mysuru.

Sindhuri, who was Deputy Commissioner of Mysuru district, has been transferred as Commissioner for Hindu Religious and Charitable Endowments, a post she had held earlier.

She is replaced by Bagadi Gautham, who was Additional Commissioner for Commercial Taxes (Enforcement), until now.

Nag, who was Mysuru City Corporation Commissioner, has been posted as Director (e-Governance) at the RDPR department, and she will be replaced by Lakshmikanth Reddy G., who was until now Managing Director of Karnataka Food and Civil Supplies Corporation, an official notification late on Saturday said.

The feud between two women officers was out in public in the last few days, with Nag announcing her resignation at a press conference, accusing Sindhuri of "harassment".

However, Sindhuri had denied the allegations, stating that she had only asked for details regarding COVID-19 management.

The transfers came after Chief Secretary P. Ravi Kumar, who had held a review meeting in Mysuru on Friday, had briefed Chief Minister B.S. Yediyurappa on the spat between two officers.