We should not start metro immediately, said Dr. Naveet Wig 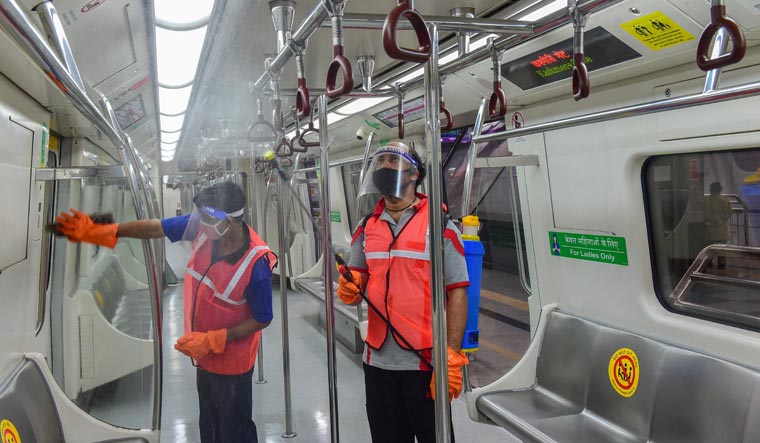 Even as the Delhi government is set to allow more lockdown relaxations from Monday, including reopening of markets and malls and resumption of metro services, in the wake of reduced numbers and positivity rate, a doctor at the All India Institute of Medical Science (AIIMS) in the national capital warned against immediate restarting of metro services.

The government has decided that only half of Delhi Metro's available trains will be in service at a frequency of five to fifteen minutes when the rapid transport system resumes operation with 50 per cent seating capacity.

However, Dr. Naveet Wig, HoD of medicine and chairperson of AIIMS COVID-19 task force, said it is important to go so slow. "We should not start metro immediately. For 1-2 weeks, we must experiment with 33-50 per cent occupancy. We should go slow. Otherwise, the lid will open up and we will not be able to suppress it," news agency ANI quoted him as saying.

The Delhi Metro Rail Corporation (DMRC) had, on Saturday, said the umber of trains in services would be gradually increased.

Delhi, on Sunday, reported 381 new COVID-19 cases with the positivity rate dipping to 0.5 per cent. This is the lowest number of cases reported in 24 hours since March 15. Besides, 34 more people have succumbed to the disease in a day, the lowest in around two months.