All the lions which have tested positive are under close observation 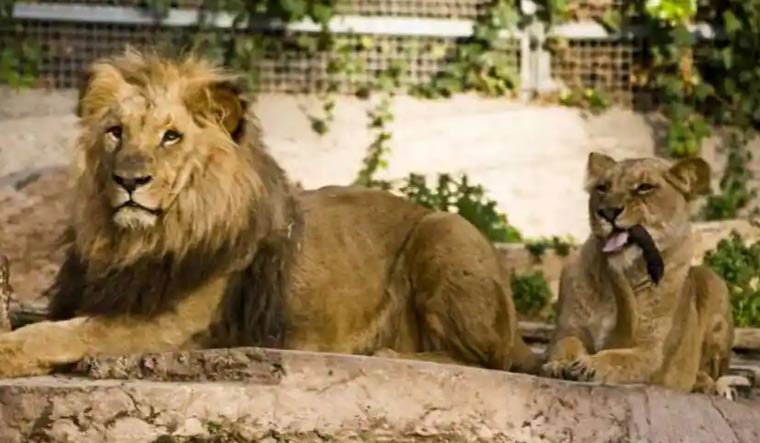 A nine-year-old lioness Neela died of COVID-19 virus at Chennai’s Aringnar Anna zoological park in Vandalur on Thursday. Eight other lions at the zoo, too, have tested positive for the virus.

“The lioness housed at the Safari area of the zoological park died on Thursday evening at 6.15 pm. The deceased lioness had been asymptomatic and showed nasal discharge only the day before. It was symptomatically treated,” said a press statement from the zoo on Friday. According to the authorities on May 26, five lions housed in the Safari park showed symptoms of anorexia, loss of appetite and occasional coughing. Following this, an in-house veterinary team of doctors got into action and treated the lions as per protocol. Later, a team of experts from Tamil Nadu Veterinary and Animal Sciences University (TANUVAS) also visited the zoo and swab samples of the lions were sent for testing. Blood sample were sent for testing to TANUVAS lab, while nasal swab, rectal swab and faecal samples of 11 lions were sent to the National Institute of High Security Diseases (NIHSAD) Bhopal for further testing. NIHSAD in Madhya Pradesh being one of the four designated institutes to test SARS COV 2 in animals, got the reports.

“Off the samples of 11 lions, nine have tested positive for SARS- COV2,” said the statement. The lions have been put under treatment. The TANUVAS team along with the in-house team, in order to decide on the further course of treatment, has once again sent the samples to Indian Veterinary Research Institute at Bareilly and the Centre for Cellular and Molecular Biology at Hyderabad.

The zoo authorities have been following all the precautions prescribed by the Central Zoo authority. “The zoo has been scrupulously following the precautionary measures prescribed in various advisories. Prophylactic measures for felids, mustelids, viverrids and primates, as arrived in consultation with the expert team of TANUVAS, veterinarians of the Hyderabad zoo and Bronx zoo, are being adhered to,” said the press statement from the Vandalur zoo.

All the lions which have tested positive are under close observation while a separate set of animal keepers are engaged for each group of lions. PPE kits have been made mandatory for animal keepers, veterinary doctors and field staff visiting the area.