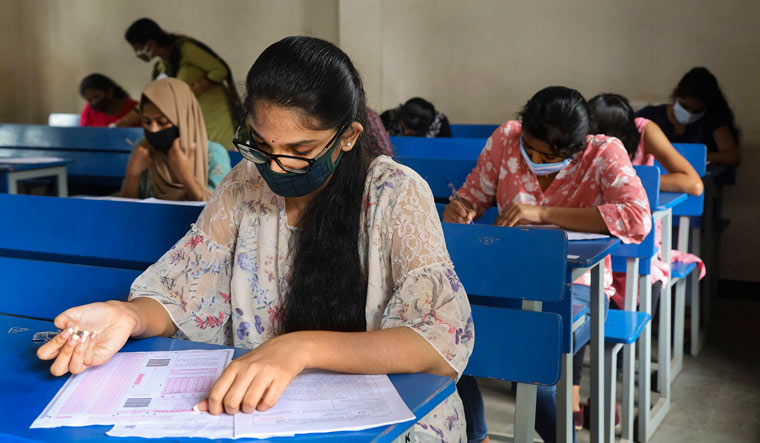 The Karnataka government on Friday announced that Secondary School Leaving Certificate (state 10th standard) examinations will be held in the third week of July while cancelling the second-year pre-university exams in view of the disruption caused by the COVID-19 pandemic.

"We are not holding the PUC exams this year. The grading will be based on their performance at the district-level assessment in the first pre-university examination," Karnataka Primary and Secondary Education Minister S. Suresh Kumar said at a press conference.

The second pre-university college students would be promoted to the next level, he added.

He also said that students who are not happy with the grading system can take up the examination.

He said the government has decided to hold the SSLC exam.

"The multiple-choice question paper for 40 marks will be easy and straight and there will not be any indirect questions," the minister added.

There will be supplementary examinations for those students affected by COVID-19.