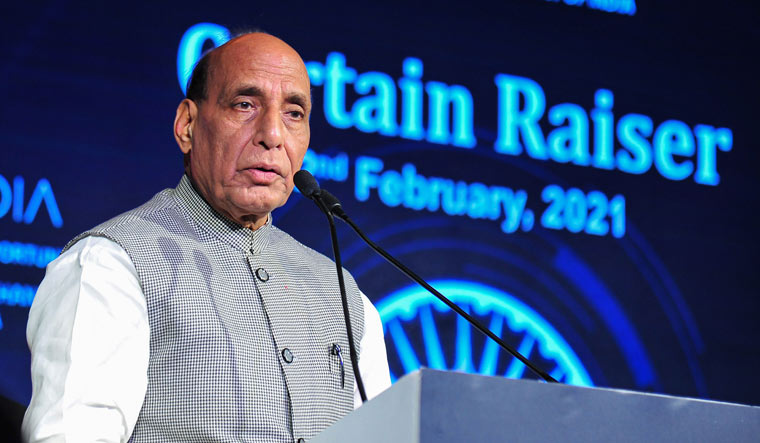 With aim to promote self-reliance and defence exports, Rajnath Singh led Ministry of Defence today notified its second list of military equipment which cannot be imported.

Named the 'Second Positive Indigenisation List’ of 108 items recommended by the office of the Department of Military Affairs, it comprises complex systems, sensors, simulator, weapons and ammunition, including helicopters, Next Generation Corvettes, Air Borne Early Warning and Control (AEW&C) systems, Tank Engines, Medium Power Radar for Mountains, MRSAM Weapon Systems and more, to fulfil the requirements of Indian armed forces, according a statement issued by the MoD. This list is planned to be implemented progressively with effect from December 2021 to December 2025.

In August, last year, the MoD had issued a list of 101 items which were also embargoed from import.

According to a latest report by the Stockholm International Peace Research Institute, India’s arms imports fell by 33 per cent between 2011-2015 and 2016-2020, but it continues in the strategically-vulnerable position of being the world’s second-largest arms importer just behind Saudi Arabia. The Union government has set an ambitious target of achieving a turnover of $25 billion, including exports of $5 billion, in aerospace and defence goods and services by 2024.

"This will give further boost to indigenisation, with active participation of public and private sector for fulfilling the twin objectives of achieving self-reliance and promoting defence exports," said an MoD official. The second list lays special focus on weapons systems, which are currently under development or trials and are likely to translate into firm orders in the future.

"Like the first list, import substitution of ammunition which is a recurring requirement has been given special focus," said an officer, while adding that not only does the list recognise the potential of local defence industry, it will also invigorate impetus to domestic research and development by attracting fresh investment into technology and manufacturing capabilities.

This second list has been prepared by MoD after several rounds of consultations with the government and private manufacturing industry confederations to assess future capabilities of Indian industry which will be able to meet requirements of the armed forces.

Moreover, the move also provides an excellent opportunity for ‘start-ups’ as also MSMEs which will get tremendous boost from this initiative.

The MoD maintained that Defence Research and Development Organisation and Service Head Quarters will take all necessary steps, including hand holding of the industry, to ensure that the timelines mentioned in the ‘Second Positive Indigenisation List’ are met, thereby facilitating an environment for Indian defence manufacturers to create world class infrastructure, and assist in government’s ‘Make in India’ vision.