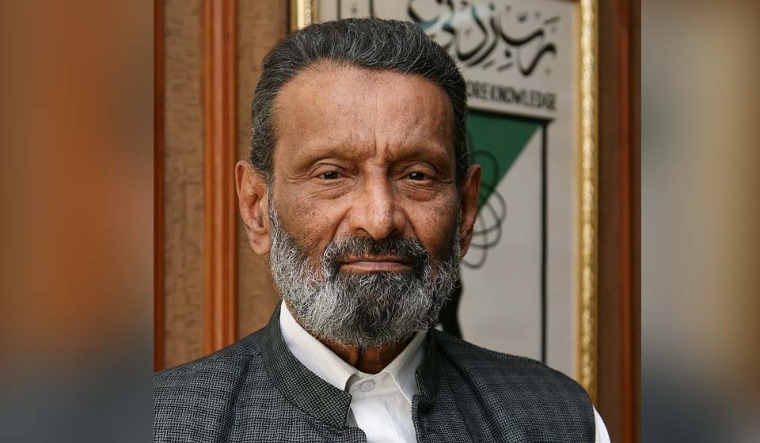 A former pro-chancellor of Aligarh Muslim University and founder trustee of the Urdu daily Salar, Dr Khan is survived by his wife, Zarin Taj, a son and two daughters.

Born on 6 September 1935, in Trichy, Tamil Nadu, Dr Khan earned his MBBS degree from Madras University to be followed by specialisation in surgery with an MS from Stanley Medical College, Chennai in 1963.

Liquidating his assets that he inherited from maternal grandfather, who was considerably well off, Dr Khan set up a surgical practice in Bangalore in 1965.

Al-Ameen Educational Society, launched by Dr Khan in 1966, did yeoman service to the cause of education, particularly among Karnataka's Muslim population.

Dr Khan earned the title ‘Baba-e-Taalim’ (Father of Education) for his services in education sector. Al-Ameen Movement, which he started, founded 250 various educational and professional institutions starting from pre-nursery school in the state of Karanataka with more than 2 lakhs students across the country.

Dr Khan is the recipient of several honours, including the Kempegowda Award, Karnataka Rajyotsava award for education, the American Federation of Muslims from India Award and the Public Relations Society of India Award.