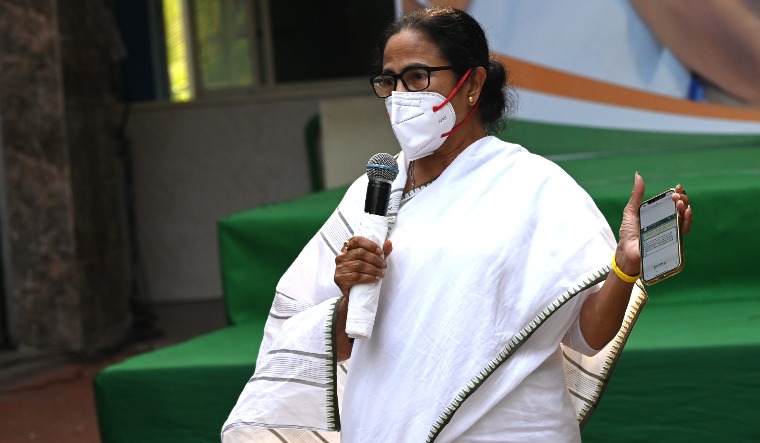 West Bengal Chief Minister Mamata Banerjee courted controversy today by abstaining from attending the meeting convened by Prime Minister Narendra Modi to assess the damage due to flood following the Cyclone Yaas. She also did not depute any official to attend the meeting on her behalf.

Sources said Banerjee did not attend the meeting because she had met with the prime minister at the Kalaikunda airbase and handed him over a demand of Rs 20,000 crore package. She was accompanied by senior officials of the West Bengal government.

After meeting Modi for around 12 minutes, Banerjee then headed for Digha to have her own review meeting where the administration, led by the chief secretary, was present. None of the officials were deputed to attend the meeting with the PM.

In response, Kalyan Banerjee, TMC’s chief whip in Parliament, slammed the governor asking, “under which rule and law Suvendu Adhikari was made to attend the meeting?”

After the meeting, Modi declared a package of Rs 1,000 crore - Rs 500 crore for Odisha and then Rs 250 crore each for West Bengal and Jharkhand.

Amid the row, however, Odisha Chief Minister Naveen Patnaik won the hearts of the netizens when he tweeted that he did not want to burden the Union government by demanding money.

“As the country is at peak of Covid pandemic, we have not sought any immediate financial assistance to burden the central government and would like to manage it through our own resources to rise over the crisis,” Patnaik tweeted.

He said, instead, he sought assistance from the Union government to make Odisha disaster-resilient.