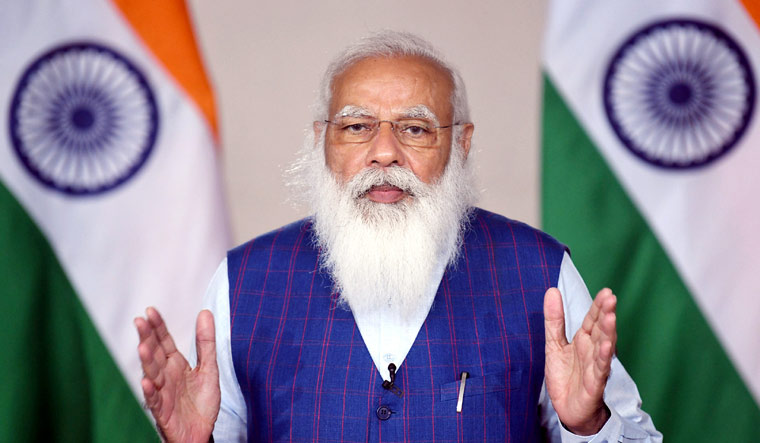 Prime Minister Narendra Modi on Tuesday asked the administrative heads of districts to make area-specific approaches to deal with the spread of COVID-19 virus.

As every district was different and has its own unique challenges, the solution has to be specific to their challenges. This message was passed on to the district magistrates. During the interaction, the officials shared their experiences and apprised the prime minister about the innovative steps that were undertaken to manage the recent surge of cases.

They also briefed the prime minister about the efforts being undertaken to augment the medical infrastructure and capacity building in rural areas. Modi, in turn, asked the officials to compile the best practices and innovative steps, so that these may be used in other districts of the country.

Giving a pep talk to the gathered officials, as the country has been hit by a severe second wave, Modi said that all the officials have a very important role in this war against coronavirus like a field commander does in a war.

Modi said that the local containment zones, aggressive testing and correct and complete information to the people were the weapons against the virus.

The PM had a word of caution for the officials when the number of coronavirus infections were decreasing in some states while increasing in several other states. He asked DMs to be more vigilant in the face of decreasing infections. He emphasised that the fight is to save every single life and the focus should be in rural and inaccessible areas. He requested the officials to make the relief material easily accessible for the rural population.

As the pandemic has spread to the rural areas, the officials were advised to take care of the ease of living of every citizen in the district. Modi stressed on the need to stop infection and at the same time ensure unhindered flow of essential supplies. He informed that work is being done rapidly to install oxygen plants in hospitals in every district of the country through PM CARES Fund and these plants have already started functioning in many hospitals.

Addressing concerns over efficacy and availability of vaccine, Modi spoke about how getting vaccinated is instrumental to lowering the severity of the disease and reducing hospitalisations and mortalities. He said continuous efforts are being made to increase the supply of vaccine on a very large scale. He added that the health ministry is streamlining the system and process of vaccination.

Attempts are being made to give a schedule of the next 15 days to the states in advance. He stressed on the need to stop vaccine wastage. He said the convenience of the people increases when information of bed availability and vaccine availability are easily made available. In the same way, black marketing should be curbed and strict action should be taken against those who do so. Mobilising the front-line workers by keeping their morale high was also important, Modi said.