She reaches out to people in need with Oxygen cylinders 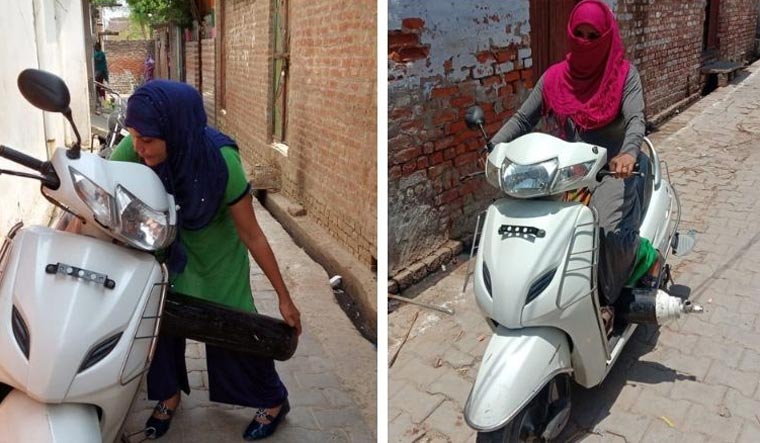 A 26-year-old woman from Uttar Pradesh has earned the moniker Shahjahanpur’s ‘Cylinder Bitiya’ (cylinder daughter), for reaching out to people in need with Oxygen cylinders on her Scooty.

Arshi Ansari’s father, Mashkoor (65), fell ill on April 2, the first day of Ramzan. Tests revealed that he was COVID-19 positive. Arshi went to the city magistrate to ask for an Oxygen cylinder for him but was told that there was no such provision for patients in home isolation. The official suggested that she finds a hospital for her father.

Arshi, a resident of Madar Khel area, went to the district hospital but was appalled by its stench and dirt. She then tried a few private hospitals, but was told that they had no Oxygen and that she would have to make her own arrangements.

“I did not want to leave my father uncared for, in a hospital," says the woman who has completed her Bachelor of Arts in English and Urdu.

Next morning, she again went to the city magistrate and pleaded for a cylinder. This time she was given one.

Meanwhile, Arshi’s appeal for a cylinder on social media had attracted response from a group of volunteers in Rudraprayag, who sent her 10 cylinders.

Though Arshi’s father took a month to get well, after the first 12 days of illness, he did not need Oxygen cylinders. Arshi then decided that she would distribute these to the needy, who could reach out to her through a WhatsApp group. Around Shahjahanpur and even to Hardoi which is 67 km away, to the neighbouring state of Uttarakhand, Arshi has carried the life-giving gas over long distances without any charge. She also gets empty cylinders filled on request.

“No one hoards a cylinder. After have no use of it, they refill it and pass it on to others in need”, she says.

Arshi started distributing Oxygen cylinders during the month of Ramzan. Yet, she says, she never felt any discomfort or hunger. “It is my belief that I got success in my work because it was Ramzan and I had Allah’s blessings”.

When she started the work, she had to face nasty comments from passers-by and cat calling by boys. “There were even filthy posts and memes made on me”, she said.

However, the woman, who runs a computer coaching institute for underprivileged children, said, “It will be so much better to give up this childish behaviour and get out of your homes to help at least one person in need. This pandemic has taught that all we have are each other”.