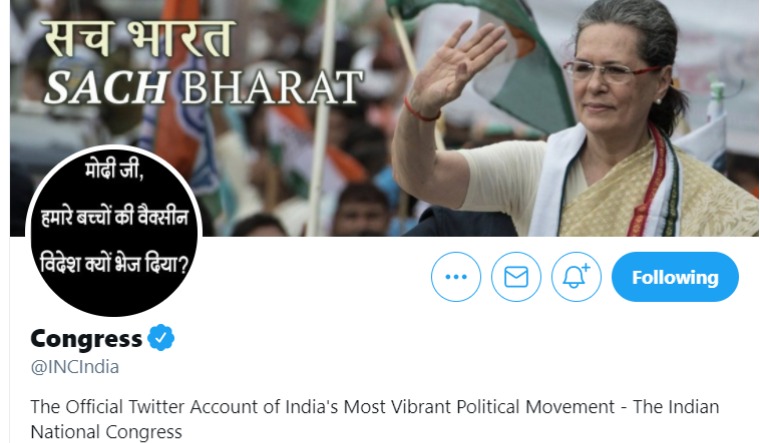 The changed profile picture of the Congress Twitter handle

Congress leaders Rahul Gandhi and his sister, Priyanka Gandhi Vadra, latched on to the news that the Delhi Police had arrested multiple people for pasting posters critical of Prime Minister Narendra Modi on the COVID-19 vaccination drive.

Officials had said on Saturday that the Delhi Police had registered 17 FIRs and arrested 15 people for pasting posters in many parts of Delhi.

On Sunday, Rahul Gandhi tweeted a poster with the same words and wrote "Arrest me too". His sister, Priyanka Gandhi Vadra, followed suit, tweeting the same poster minutes later and using it as her profile picture.

In addition to Rahul and Priyanka, the Twitter handles of the Congress and Indian Youth Congress also put up the poster as profile picture.

The arrests of people for putting up the posters has led to criticism of the government. The CPI(M)'s official Twitter handle tweeted on Sunday, "Busy with Election Rallies & building the Central Vista, Modi Govt didnt have time to plan for Vaccines, but has time to arrest the poor asking