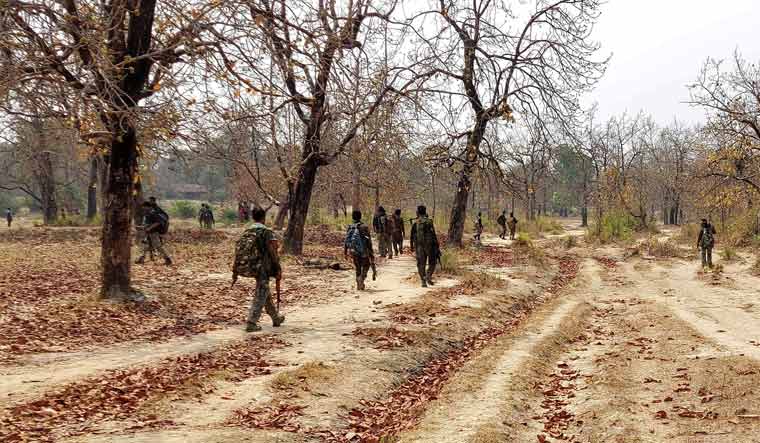 The impact of deadly COVID-19 pandemic might have reached the Maoist cadre in Bastar division of Chhattisgarh with reports of about 8-10 Naxals being killed due to the infection trickling out.

Some senior Maoists are likely among the dead. Also, over 100 Maoists are said to have been infected by the virus, causing a flutter among the cadre.

The most affected area is south Bastar division—the districts of Sukma and Bijapur that border Maharashtra, Telangana and Andhra Pradesh, and the connected Dantewada district.

The superintendent of police of Dantewada, Abhishek Pallav, confirmed to THE WEEK that they have received reports of death of at least 8-10 Maoists due to COVID-19 and that some bodies (about 6-8) have been burnt on Sukma-Bijapur borders.

“Given the fatality figures, it could be surmised that over 100 Maoists might be infected at most moderate estimation. The fact that the Maoists are yet to issue a rebuttal to our statements on the impact of COVID-19 infection and deaths amounts to tactical acceptance that the situation is indeed so,” the SP said, adding that normally the Maoists immediately issue statements if they have to deny any claims by the security forces or police.

Pallav further said that the Maoists are reported to have held their meetings during April end and May beginning. A large number of cadres—at least 300 to 400—usually attend such meetings. “These (meetings) are likely to have turned into super-spreader events. Maoists are not known to take much preventive measures and also have not much access to medicines and vaccines. Also, since their core activities are concentrated at Telangana and Maharashtra borders, it is likely that they have been impacted by the Andhra strain and Maharashtra variant of the COVID-19 virus,” the SP said.

There is already a government alert on the spread of Andhra strain in Bastar division and authorities are keeping strict check on movements from neighbouring states, especially Telangana where the local tribals go to pluck chillies during this season. However, there are also reports of tribals taking routes of dense forests to return, making it difficult to trace their movements.

Also, there have been unconfirmed reports of Maoists looting consignments of drugs used for COVID-19 treatment and COVID-19 vaccines in Konta and Dornapal areas of South Bastar.

Pallav, meanwhile, said that the police have been appealing to the Maoists to surrender and get properly treated for the infection.