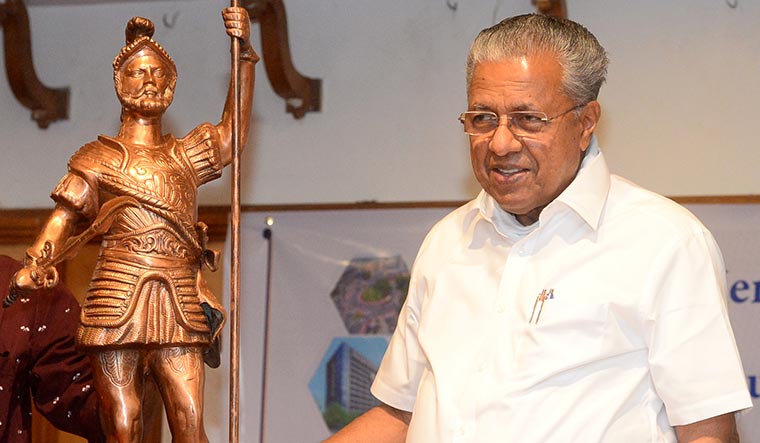 AICC general secretary Tariq Anwar. in charge of party affairs in Kerala, feels complacency among the party's leaders and workers in the state following the good performance in the Lok Sabha elections in 2019 was a major reason why it failed to do well in the recent Assembly polls.

In an exclusive interview with THE WEEK, Anwar says the Congress also suffered from the party workers' disconnect with the common man and factionalism in the state unit. The veteran leader rejected the idea that the results reflected poorly on Rahul Gandhi's leadership, saying the organisation could not capitalise on the positive sentiment generated by his visits to the state.

Q. Winning Kerala was crucial for the Congress. But the party failed miserably.

Yes, winning Kerala was crucial, especially because of the national ramifications involved. It is a state that we should have won. I have to accept that we failed miserably. There are many reasons why it happened, and the process of introspection has begun.

You have had a meeting with the state unit post results. Have you identified the reasons for the debacle?

In the Lok Sabha elections, we had a near sweep. I think the UDF leaders and workers became overconfident and, perhaps, it was taken for granted that the outcome in the Assembly polls would not be very different, especially since the state has the tradition of alternating between the two fronts, the LDF and the UDF, in every election.

The organisation at the grassroots level is not as active as it should be and has lost connect with the common man. Another factor was the factionalism in the state unit. It has been a traditional element of Congress politics in the state, but it is harming us as workers and leaders are aligned in parallel groups and not working unitedly. I tried my best to minimise it, but with limited results. We also failed to appeal to the new generation, to the first-time voters. We could not inspire confidence in them.

Yes, it was. If we became complacent after the Lok Sabha elections, the LDF government as also their workers worked hard. The social welfare programmes implemented by the government during the floods and the pandemic won them the favour of the people. The chief minister also made a conscious effort to alter his image, from that of a harsh leader to an empathetic one. The outreach of the Left on the ground was also better, with their workers establishing a better connect with the people.

Did the Congress's traditional voter base among the minorities desert it?

Would projecting a CM face to counter Vijayan have helped?

I don't think it was such a big factor. Also, the Congress does not have the tradition of naming a CM candidate before election.

How does the result reflect on Rahul Gandhi since he had led the campaign in Kerala from the front and is an MP from the state?

Rahul Gandhi's visits were received very well by the people and did create a buzz. However, the organisation... the Congress workers were not up to the task of exploiting the sentiment generated by the visits in favour of the party. The organisation failed to take advantage of the people's response to Rahul Gandhi into votes.

Another five years out of power. Will it be a challenge to keep the party and the UDF intact?

There could be some difficulty, no doubt. But the politics of Kerala is very different from other states. The leaders and the workers have a strong commitment to their parties. I don't think they will go to other parties.

What is the road ahead for the Congress?

The exercise of introspection has started. We will have to deal with some of the problems that have been identified in right earnest. We have to now aim at redeeming ourselves in the Lok Sabha elections in 2024.