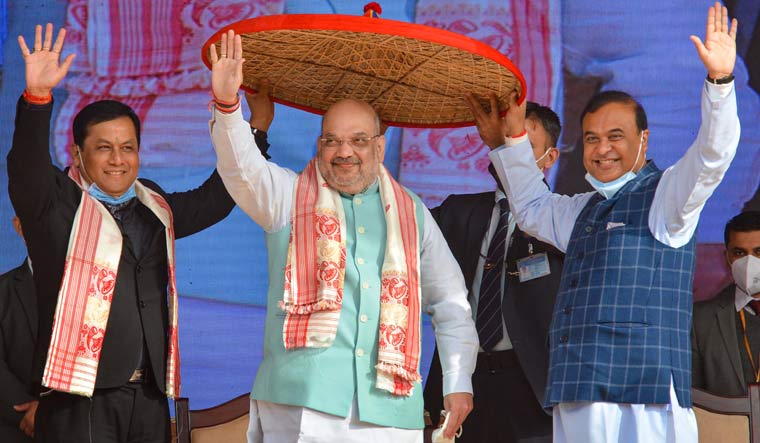 Both incumbent Assam Chief Minister Sarbananda Sonowal and Health Minister Himanta Sarma were on Friday called to New Delhi by the BJP central leadership, apparently to discuss the leadership issue of the next government.

Though both leaders from Assam reached Delhi on Saturday morning it was Sarma who reached Nadda's residence first to meet him and BJP general secretary (Organisation) B.L. Santhosh. They were later joined by Amit Shah.

After Sarma left, Sonowal met the BJP's top brass. Talks related to formation of the next government in Assam and who will be the chief minister dominated the meetings.

Sonowal, who belongs to Assam's indigenous Sonowal-Kachari tribals, and Sarma, the convenor of the North East Democratic Alliance, both are contenders for the top post of the Assam government.

This time, the party has been maintaining that it would decide who would be the next chief minister of Assam after the elections.

In the results announced for the 126-member Assam assembly last Sunday, the BJP won 60 seats while its alliance partners AGP got nine seats and UPPL six.