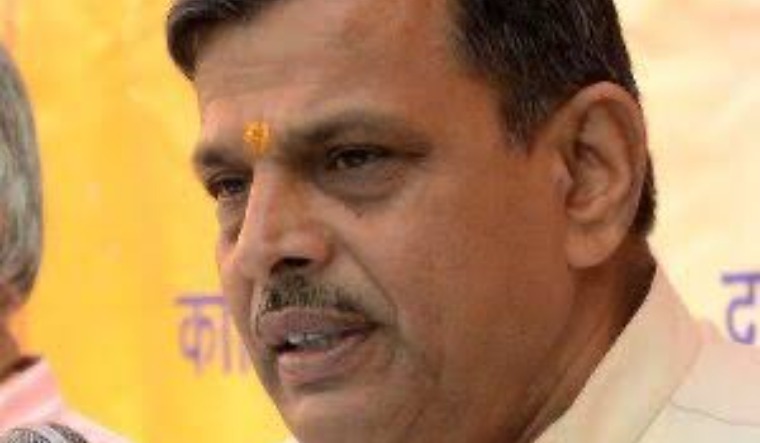 The RSS has condemned the post-poll violence in West Bengal in which 15 people were killed and called for return of peace and harmony.

Senior RSS leader Dattatreya Hosabale, in a statement, alleged that there was a conspiracy behind the violence and said the incidents are highly condemnable.

Hosabale, who holds the number two position in the Sangh hierarchy–Sarkaryavah– said, “The RSS condemns this gruesome violence in severest terms. It is our considered opinion that this post-poll-result violence is contrary to the Bharatiya tradition of co-existence and respect to the opinion of all, as also it is totally opposed to the very spirit of democracy enshrined in our Constitution.”

Noting that elections has a significant role in democracy, the RSS said during the Bengal polls, the opposing sides, in a fit of emotions, sometimes cross the limits in making allegations and counter-allegations. “However, we should always remember that all contesting parties belong to our country and all those participating in the elections—the candidates, their supporters, the voters—are citizens of the nation.”

The violence after the elections, which saw Mamata Banerjee return to power for the third time, was attributed to the deeply polarising campaign in the state. The BJP had accused Banerjee-led Trinamool Congress cadre of unleashing violence.

“The anti-social elements active in this abhorring violence, misbehaved with womenfolk in most barbaric and despicable manner, brutally killed the innocent people and torched the houses, shamelessly looted the shops and malls; and, as a result of the unabated violence, thousands of people, including a large number of scheduled castes and tribes, who became shelter-less, were forced to go in search of refuge to save their lives and honour. Everywhere from Cooch Behar to Sundarbans, there is a widespread fear psychosis among the common people,” the RSS said in a statement.

The RSS accused the state administrative machinery of being mute spectators. “Neither the rioters seemed to be afraid of anything nor is there any initiative by the state police and administration to control the violence.”

“The first and foremost responsibility of the ruling administration, whoever or whichever party may be in power, is to establish peace and safety in the society by maintaining law and order, to instil fear of law in the minds of the anti-social elements, and to punish those involved in violent activities. The electoral victory belongs to political parties, but the elected government is accountable to the entire society,” the ideological mentor of the BJP said.

The RSS urged the TMC government to “effectively establish rule of law by immediately containing violence, to initiate legal action against culprits by arresting them without further delay and also to instil a feeling of safety and confidence in the minds of affected people, and to take necessary steps for their rehabilitation.”

“We also urge upon the Union government to take necessary and all possible steps to establish peace in West Bengal and to ensure that state government acts in the above direction,” Sangh said.

“The RSS appeals to all the intelligentsia, the socio-religious and political leadership to play their significant role to arouse a feeling of trust and standing by the suffering sections of the society in this hour of crisis, to condemn the violence unequivocally, and also help create an atmosphere of peace, goodwill and harmony,” Hosabale said.