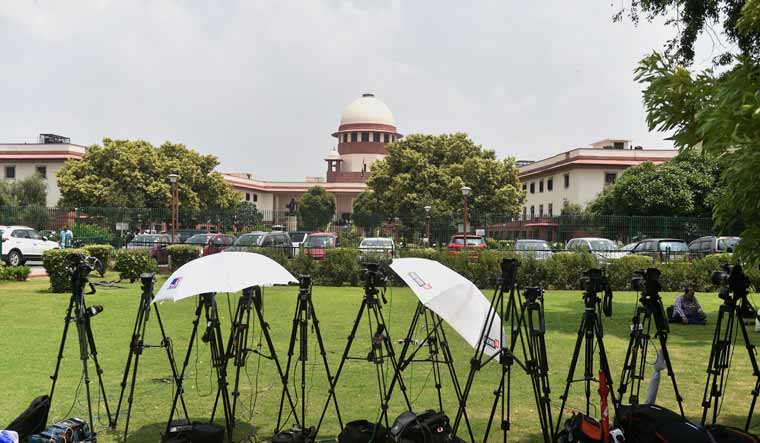 A two-justice bench of the Supreme Court on Thursday dismissed a plea by the Election Commission over critical remarks made against it by the Madras High Court last month.

Last month, the Madras High Court had observed the Election Commission was responsible for the spread of COVID-19 cases due to the conduct of the recent Assembly polls and noted the poll body's officials should probably face 'murder charges' for failing to ensure adherence to COVID-19 protocols. The Election Commission had approached the Supreme Court with a special leave petition after the Madras High Court declined its plea to direct media houses to refrain from reporting on oral observations made in court proceedings.

Delivering its verdict, the bench of Justices D.Y. Chandrachud and M.R. Shah was quoted by Bar and Bench as saying, "In a constitutional framework based on checks and balances, can ECI set up a plea when there is constitutional immunity to a body? We say courts must be open save and except for in-camera proceedings like marital privacy etc."

"Article 19 does not give right to freedom of speech and expression only to people, but also confers this right to the media. It would be retrograde for the Supreme Court to gag media," the Supreme Court was quoted as saying by NDTV. The Election Commission had issued a statement on Wednesday claiming that it was unanimous that before the Supreme Court there should not be any prayer for restriction on media reporting.

The Supreme Court conceded the remarks made by the Madras High Court were "harsh" and called for restraint. "... we understand that the High Court was facing rising cases of COVID-19. The remarks were harsh and the metaphor improper. High Court did not attribute culpability to the ECI for the spread of COVID-19... A degree of caution and restraint on part of the High Court would have allayed these proceedings. Oral remarks are not part of the order and hence there is no question of expungement,” the Supreme Court was quoted as saying by Bar and Bench.