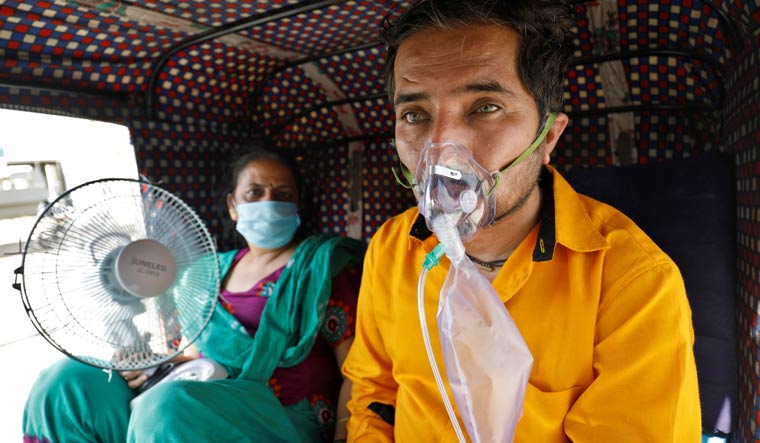 The Supreme Court on Wednesday stayed a Delhi High Court order that warned of contempt proceedings against Central government officers, for their alleged failure in monitoring oxygen procurement, and supply to states, including Delhi. However, the apex court asked the Centre to ready a plan to comply with its previous order dated April 30 to increase supply of medical oxygen to Delhi to 700 MT per day to deal with the COVID19 crisis.

A bench comprising Justices D.Y. Chandrachud and M.R. Shah was hearing the petition filed by the central government against the Delhi High Court issuing show-cause notice to Centre for contempt action over its failure to supply 700 MT oxygen per day to Delhi as per the directions of Supreme Court and the high court. "Hauling up officers taking recourse to contempt jurisdiction will not itself resolve the problems confronting the National Capital Territory of Delhi. When the country is facing the pandemic, the effort of the court must be to solve the problem by actively engaging with stakeholders", the Supreme Court said.

The court has directed the Central government to place before it a plan, with a tabulated chart, which will indicate the manner in which the Centre will comply with the SC order to supply 700 MT of medical oxygen, LiveLaw reported citing the SC order. The plan has to be placed before the bench tomorrow morning at 10.30am.

The top court, in an order passed on April 30, had directed the Centre to rectify the oxygen deficit situation in Delhi by May 3 midnight and taking note of its non-compliance, the high court on Tuesday issued show cause notice to the central government. The Supreme Court's April 30 detailed order shows that the apex court has directed the central government to provide 700 MT of oxygen per day to Delhi as against the current 490 MT.