He was lodged in Udhampur jail under the Public Safety Act 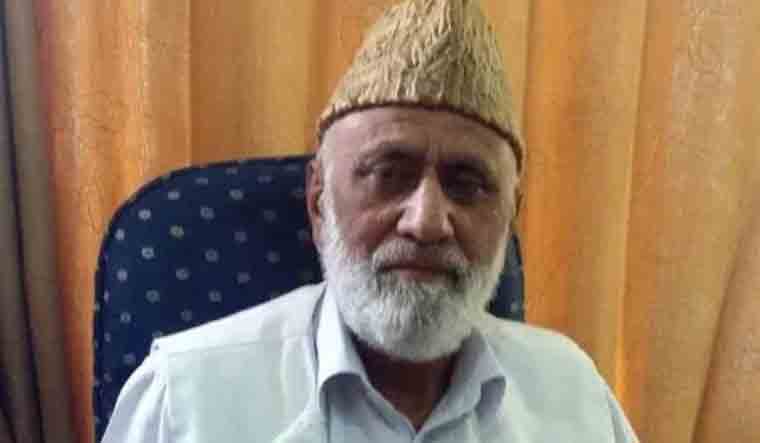 Senior separatist and leader of Tehreek-e- Hurriyat (TeH), Ashraf Sehrai, who was lodged in Udhampur jail under Public Safety Act (PSA), died in Jammu after developing breathing issues.

Sehrai was a close aide of Geelani. Both were members of Jamaat-e-Islami of Kashmir.

It is not clear whether Sehrai, who was battling multiple ailments, died of COVID-19 infection.  Reports said his oxygen level had decreased beyond required after he complained of serious breathing problems. His RAT test for Covid had come negative, however, his RT-PCR result is awaited.

Sehrai’s son Junaid Sehrai was killed in an encounter along with other militants at Nawakadal in Srinagar on May 20, last year.

He was Hizbul Mujahideen’s divisional commander for central Kashmir.

The death of Sehrai is likely to put pressure on the government to bring back separatist leaders who are lodged in jails outside Kashmir to Jammu and Kashmir.

The Hurriyat Conference led by Mirwaiz Umar Farooq recently issued a statement urging the government to shift Hurriyat Conference leaders and workers to Kashmir after Hurriyat leader Shahid-ul-Islam tested positive for COVID-19 in Delhi. Shahid and several others separatists like Yasin Malil Farooq Dar alias Bitta Karate, Nayeem Khan, Shabir Shah, Mehrajuddin, Masarat Alam were arrested in the run-up to the revocation of Article 370 in 2019.