'You may be blind, but we are not...': Delhi HC to Centre over oxygen shortage

We cannot shut our eyes, the court said 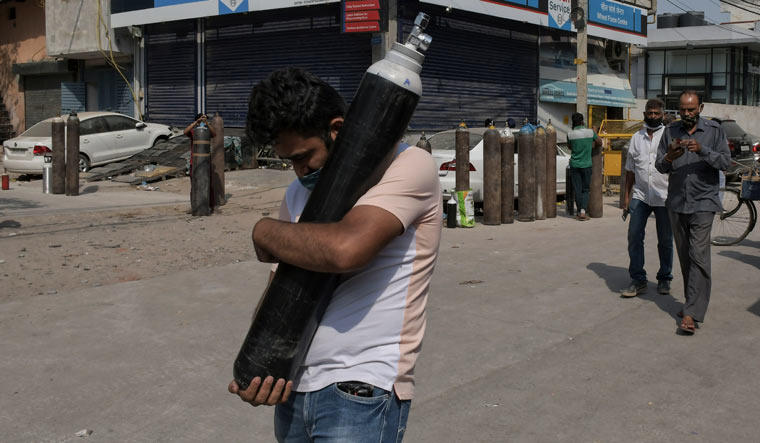 The Delhi High Court, on Tuesday, came down heavily on the Centre over its "insensitive and unfortunate" statement over the oxygen shortage in the national capital.

Representing the Centre, additional solicitor general (ASG) Chetan Sharma while reacting to the Delhi government's claim that despite the Supreme Court instruction that 700MT of oxygen should reach Delhi, only 433 MT has reached so far now and “people are dying”, said in the court that these are "rhetorical statements."

"Is it only a rhetorical statement? It's the reality. You may be blind, but we are not. We cannot shut our eyes. This is so insensitive and unfortunate. How can you make such a statement," a bench of Justices Vipin Sanghi and Rekha Palli lashed out at the Centre, say media reports.

The court has also asked the Modi-led government to take steps to divert oxygen tanks that are not being utilised in states such as Maharashtra, which are witnessing a dip in cases, to the national capital. The court clarified that this need not be a permanent arrangement. "Whenever the need arises again, you can send them back," the court said.

The high court said the Delhi government's request for aid from the Army for setting up hospitals to battle the pandemic has to be given fast. "The nature of the request is such."