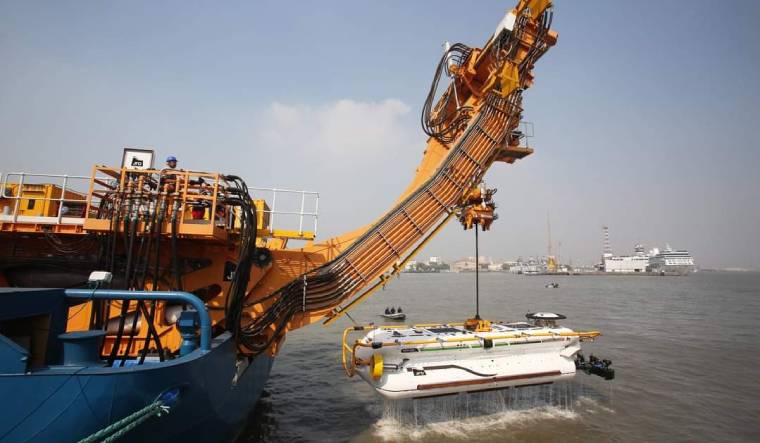 Indian Navy has despatched its Deep Submergence Rescue Vessel (DSRV) to aid in the search and rescue operations for the Indonesian submarine with 53 sailors onboard that went missing 60 miles north of Bali on Wednesday.

According to official sources, the German-made submarine, KRI Nanggala-402, was conducting a torpedo drill in waters north of the island of Bali when the accident happened. Indonesian military had immediately approached neighbouring Singapore and Australian authorities for help along with India. Indian Navy’s DSRV departed from Visakhapatnam.

Explaining the Indian Navy’s Deep Submergence Rescue Vessel’s capability, an Indian official said that the system has a Side Scan Sonar for locating the position of the submarine in distress at sea, providing immediate relief by way of posting Emergency Life Support Containers with the help of Remotely Operated Vehicle (ROV), and thereafter rescuing the crew of the submarine using the DSRV itself.

“In a submarine accident, rapidity of response is most crucial to safety of life. To ensure early mobilisation, the System has been procured in a Flyaway configuration which permits rapid transportation of the Rescue System from the base to the exact location of the distressed submarine by transportation using air/land/sea vessels,” said an official.

The Indian DSRV is the latest in terms of technology and capabilities. Supplied by M/S James Fishes Defence, UK, these are based on the West and East Coast of India respectively to provide redundancy, high operational availability and early response to deal with a submarine contingency.

The Navy official added that live underwater mating with different types of submarines along with transfer of personnel from submarine to DSRV has also been achieved, thereby simulating the submarine rescue.